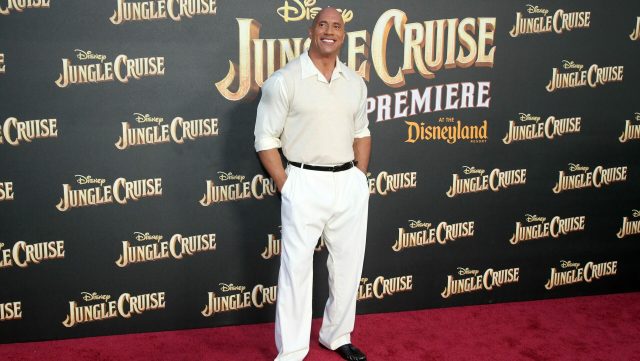 Dwayne Johnson is taking a bite out of Discovery’s Shark Week 2022 special as the first-ever master of ceremonies.

Discovery shared the news today alongside a video of Johnson summoning sharks for the big event and questioning the large number of the animals that answered the call. Are there too many sharks for this party? Should he be preparing the infamous “Rock’s bottom” and “people’s elbow” moves in anticipation?

This year’s Shark Week will take us to the Azores, South Africa, the Bahamas, Tahiti, and Papua New Guinea with the crew from Jackass, the Impractical Jokers, and Tracy Morgan — to name a few. Entertainment Weekly revealed a little about each Shark Week event and the incredible and terrifying stories we’ll hear.

The Haunting of Shark Tower premieres on Discovery Plus on July 15, and the synopsis reads as follows:

“News of a harrowing shark encounter at North Carolina’s Frying Pan Tower has underwater cinematographer Andy Casagrande and Shark Expert Kori Garza on a dangerous quest to discover whether great white sharks are moving into the state’s waters.”

Great White Battleground airs on July 24 at 8 pm, and the longline promises to help solve a “secret language.”

July 24 is an excellent day for Shark Week as its 9 pm premiere is Jackass Shark Week 2.0. Of course, the guys are in for a frightening time.

“Johnny Knoxville, Chris Pontius, Wee Man, Jasper, Dark Shark, Zach Holmes and Poopies are back to finish what they started. After Knoxville sent the guys on a terrifying Shark Week mission last year, Knoxville is joining the boys as they head out to get their friend Poopies over his fear of sharks.”

“The Impractical Jokers are the kings of hijinx and fearlessness in the face of public humiliation but see what happens when they set out to dispel the myth that sharks are man-eating beasts the only way they know how – with extreme, mortifying challenges and dares.”

There are a total of 23 new specials this year, and we can’t wait to sink our teeth into all of them. Here’s to everyone’s favorite week of the year!