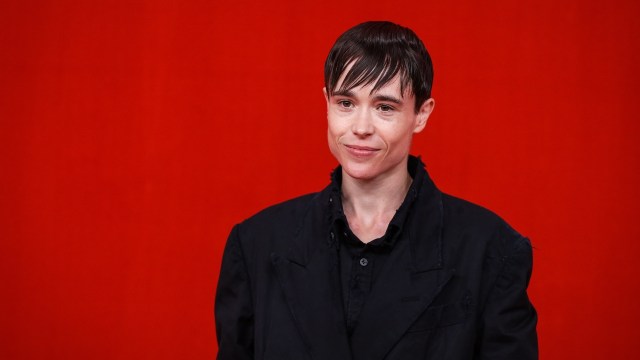 The Umbrella Academy star Elliot Page, the LGBTQ+ community’s inspirational role model, loves to keep his social media accounts as active as possible, especially since publicly transitioning from female to male in December 2020. Almost every day, we can expect an upload from the 35-year-old; whether a selfie, a promotional repost, or a flexing of his muscles, Elliot Page fans never go without content.

Recently, Page uploaded a selfie with actor and musician Mark Rendall. Before that, he was spreading awareness about a Queer Liberation March for transgender, Black and Indigenous people and POC (People of Color), reproductive justice, and bodily autonomy last Thursday. Now, he unwinds from a busy schedule of supporting freedom and rights and reaps the rewards of The Umbrella Academy now streaming with a wholesome selfie, captioned “Good morning friends.”

Sporting all-black with a gold chain dangling from his neck, Page looks every bit the hunk he was always meant to be. Plus, he looks radiantly happy, so that’s all we could ever want for him. Page recently executive produced a documentary titled Into My Name that centers on the journeys of transgender teenagers. He is also set to voice a main role in the upcoming fantasy television series Ark: The Animated Series, which is based on the 2017 video game Ark: Survival Evolved.

There seem to be some exciting future projects in store for Page, and we couldn’t be happier for him. No matter where he goes or what he does, we just can’t get enough of Elliot Page — and we’re not the only ones.