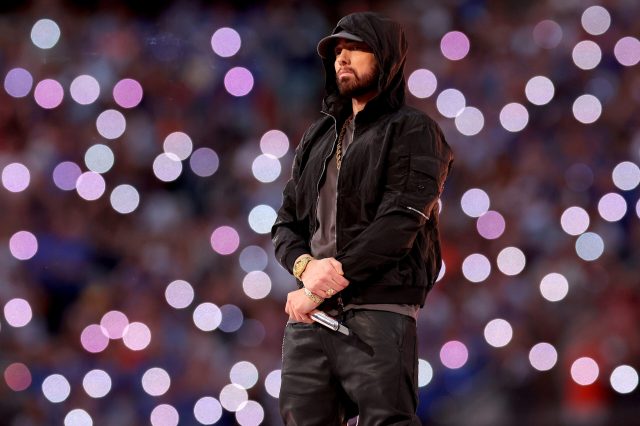 It’s hard to imagine the rap game without the legends who have shaped it; 2pac, The Notorious B.I.G., Eazy E, Nas, DMX, and Eminem — to name a few, have shaped the way the realm exists, and paved the way for future artists. You remember where you were when you heard one of their songs for the first time, and you can recite their lyrics in your sleep; they are rap music.

Eminem’s past set him on a path that didn’t exactly align with a long future, either, and that’s not something he takes for granted. Being able to affect the music landscape the way he did is a miracle when you hear the dark depths of the places he’s been. In a recent interview, perhaps his most vulnerable yet, he opens up about his experience coming up in the game, and how his struggle with addiction started.

XXL Magazine partnered with Eminem for the tell-all, and it’s an eye-opener for fans of the icon. He’s never shied away from addiction and the struggles of his life, but he’s putting it all on the line this time.

On working with Dr. Dre, he notes that their finished product changed everything.

“I remember I was in the car with some friends and shit right before I went to L.A., right after the Rap Olympics in 1997. The Firm album had just come out, and “Phone Tap” was one of the greatest beats ever made to me. I remember saying, “If I could just get with Dre, man, my God that’d be so crazy. He’s so f*ckin’ ill.” Three weeks later, I was at Dre’s house. We made The Slim Shady LP. That was a fun album to make, but it’s also where everything suddenly changed.”

That change allowed Em to experience the highest of highs and the lowest of lows; it’s also where he started to use drugs. Not only was he using them, but he was also going to Tijuana to get them, which he says was an easy thing to do — until suddenly, it wasn’t.

“One of those changes was that drugs became a part of the way I was living my life once I got signed. When I first came out to L.A., me and some guys I was hanging out with used to go to Tijuana and we would buy drugs. Vicodin and that kinda sh*t. I don’t know how many times we did it, but it was so easy to go back and forth to do it. The last time we went, we’re second in line and this dude in front of us starts arguing with the guy in Customs, and they fuckin’ throw him down on the ground and start pulling pills out his pockets and shit. We were scared sh*tless, but we got through. And when I say we had the motherlode. Our pants were frickin’ stuffed with pills. I don’t know how many we had.”

Eminem knows that it could have been over at any minute; one arrest or slip-up, and he could have been in prison instead of in studios. It wasn’t a moment that hit him early on; in fact, the drug use would get worse before it got better. The loss of one of Eminem’s closest friends ignited drug use that had him take 80 pills a night.

“When I wrap it up in a nutshell, I realize that all the heaviest drug usage and addiction spanned only about five years of my life. It’s crazy for me to think back. It felt like a long time when it was happening, but looking back at it now, it wasn’t that long of a time for my problem to explode as it did. Then the thing happened with Proof, and my addiction went through the f*ckin’ roof. I remember just after Proof died, I was in my house by myself, and I was just laying in bed, and I couldn’t move, and I just kept staring at the ceiling fan. And I just kept taking more pills. I literally couldn’t walk for two days when that happened, and eventually, my drug use f*ckin’ skyrocketed. I had f*ckin’ 10 drug dealers at one time that I’m getting my sh*t from. Seventy-five to 80 Valiums a night, which is a lot. I don’t know how the f*ck I’m still here. I was numbing myself.”

Proof was more than a partner to Em; he was a friend and a confidant. His loss marked another turning point in his life and his journey through the rap game. Numbing himself led to several songs and albums for which he says he wrote songs in seconds, and while they ended up making an impact, they weren’t the songs he was most proud of. Mix in the fact that most of the songs he did love leaked before the albums were released, and Em was experiencing several emotions all at once. Fans saw him as a man on top of his game, but he certainly didn’t feel like it.

Being on top of his game looks different to him now, and part of that is because of this generation of rappers giving it their all. He still wants to be the best rapper alive, but he knows that takes work, so when he hears songs that are on a higher level than the one he feels he’s playing, Eminem steps it up. Rap gives him something to focus on, something to work towards, and a never-ending journey of finding that next sweet spot.

Eminem talks about much more in the XXL interview, and as he shares his most honest self, you have to give it to him. He’s a man who can look in the mirror and see it all for what it’s worth, to acknowledge the highs and the lows, the good and the bad, the wins and the losses, and to take it in stride. He’s a man worth calling an idol; someone who has taken a hard look in the mirror and changed the things he didn’t like — and he plans to stick around for a long time, continuing to shape the game and live a life he’s proud of.