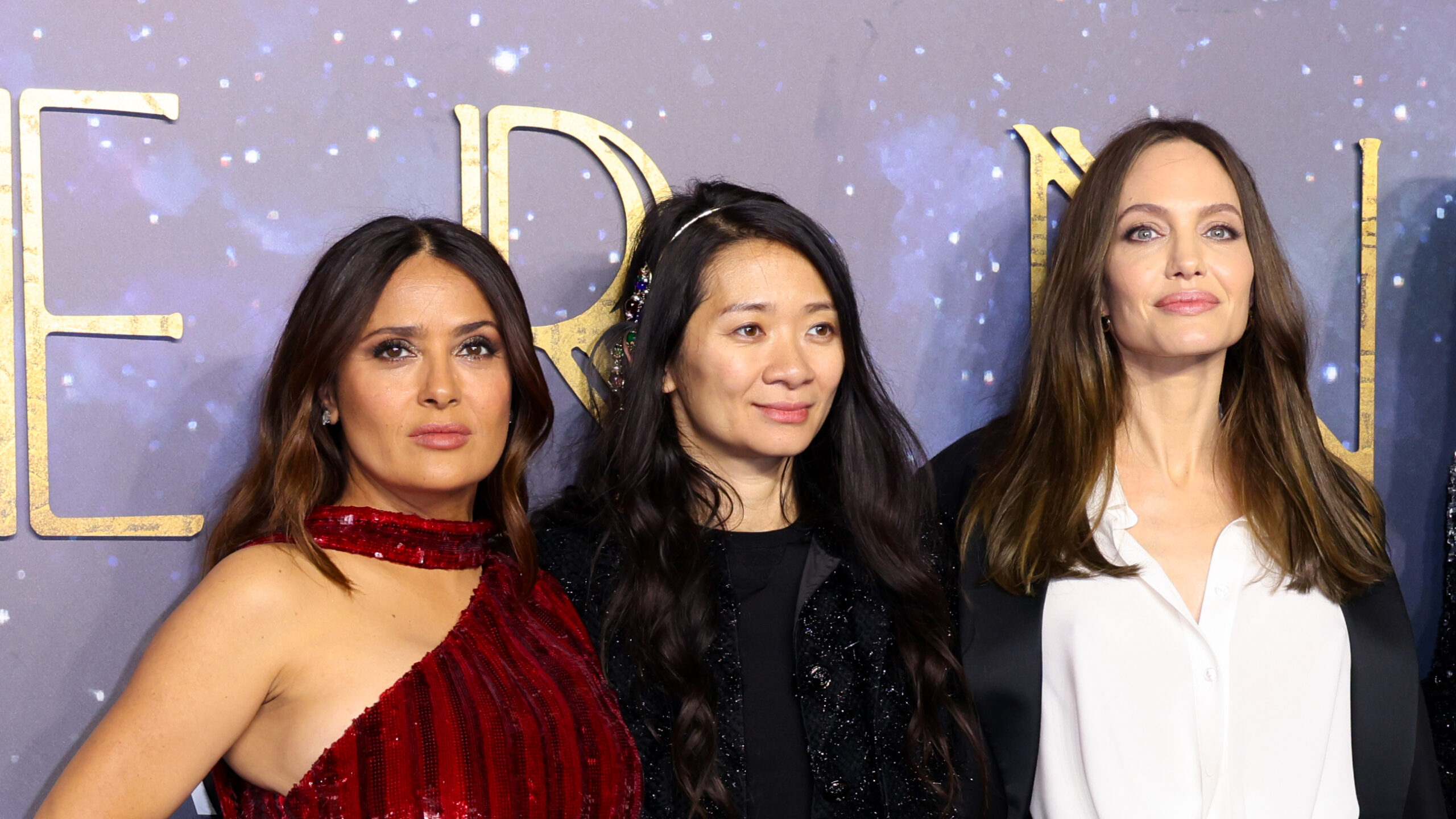 Angelina Jolie’s debut film with Fremantle has begun filming, and coming onboard to lead the project are Oscar nominees Demián Bichir, and Salma Hayek Pinault, the latter of whom was cast alongside Jolie in 2021’s Eternals.

According to Deadline, the project, which is titled Without Blood, began principal photography in Southern Italy and Rome earlier this month. The film kicks off Jolie’s three year deal with production company Fremantle.

The film is based on Alessandro Baricco’s acclaimed 2002 novel set in the Italian countryside, centered around a young girl who is left alone in the aftermath of an extremely violent encounter. Jolie has also expressed how honored she is to be adapting the brilliant fable.

“I’m honored to be here in Italy to bring this very special material to film, and to have been entrusted by Alessandro Baricco with the adaptation of his book — with its unique poetry and emotion and way of looking at war, and the questions it poses about what we search for after trauma or loss or injustice.”

Without Blood is produced by Fremantle and Jolie Productions, and is the Oscar winner’s fifth directorial endeavor, following By the Sea, First They Killed My Father, In the Land of Blood and Honey, and Unbroken. She also directed the documentary film A Place in Time, which was released in 2007. While Eternals is Jolie’s last film credit to date, Hayek Pinault is currently also filming Magic Mike’s Last Dance, after enjoying a warm reception in the biographical drama, House of Gucci.