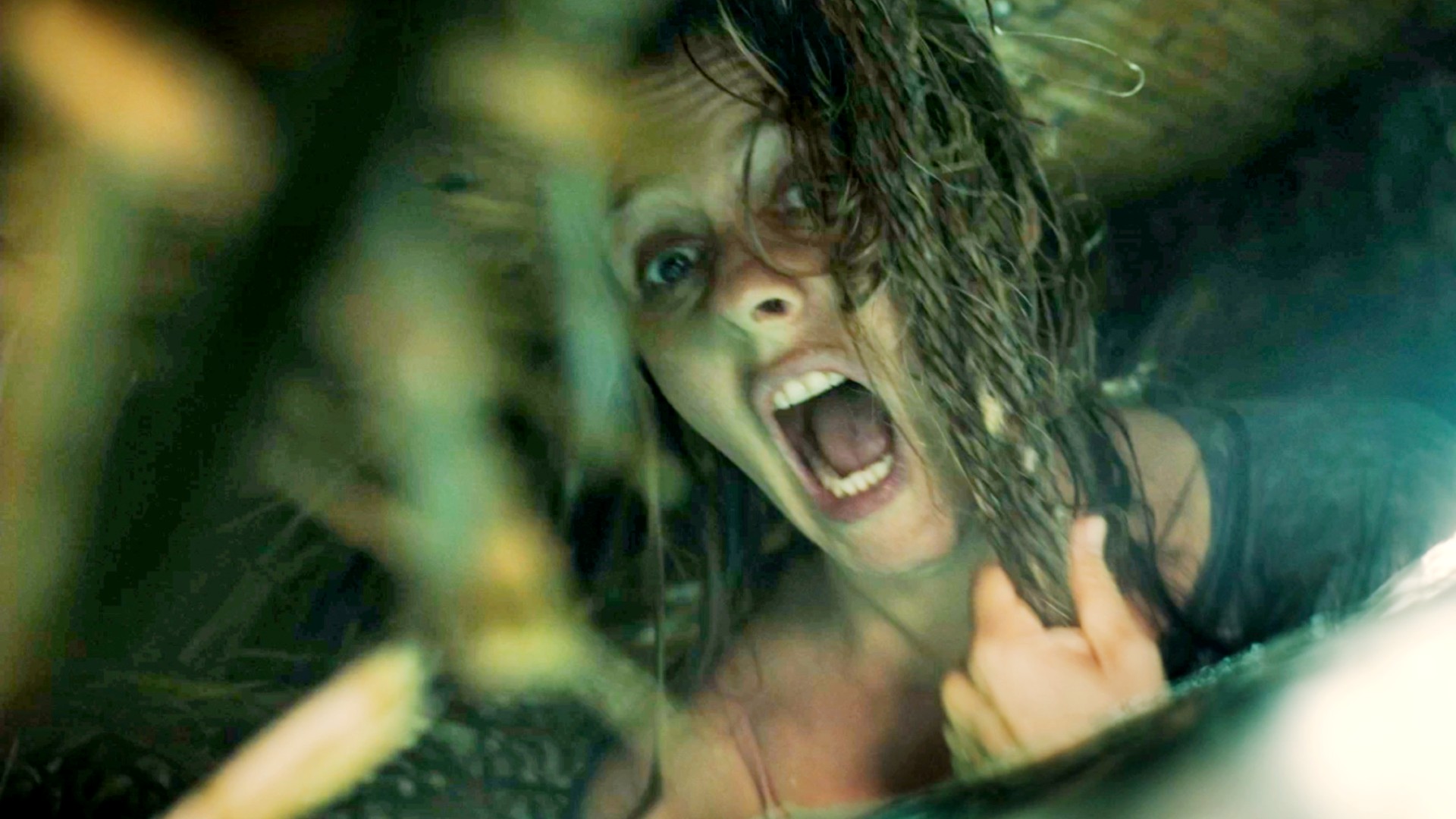 The Requin writer and director Le-Van Kiet revealed a surprising approach to his new shark thriller that debuts Friday — treating the creatures of the deep like the unsettling shadows of a haunted house. That’s just one of the influences that cleverly shaped his film, alongside modern shark movies and chapters from his own life.

In an exclusive interview with We Got This Covered, the Vietnamese director also noted the commanding and nuanced performances of stars Alicia Silverstone and James Tupper and what they brought to each performance in making the movie — for a production team challenged and event disrupted by the COVID-19 pandemic.

In an earlier We Got This Covered exclusive, Kiet discussed how although Silverstone has starred in a wide range of films before, including beloved ‘90s teen comedy Clueless and the cerebral and acclaimed 2017 indie thriller The Killing of a Sacred Deer, her performance in The Requin is quite unlike anything audiences have seen from her before.

“There were a lot of physical concerns that we talked about because this is a very physical movie with all the action and survival themes,” the director explained.

The plot of the movie centers around Silverstone’s Jaelyn, who alongside her husband, Tupper’s Kyle, arrive at a remote seaside villa in Vietnam for a romantic getaway. Things take a turn for the worse when a torrential storm descends, reducing the villa to little more than a raft and sweeping the young couple out to sea.

Now stranded in the ocean, the pair comes face-to-face with a school of great white sharks, and without giving too much away, Jaelyn becomes more and more integral throughout the movie in facing down the predators.

The latest trailer for the film, which you can watch here, hints at Silverstone’s character possibly kicking some serious shark butt in the movie.

With the American Woman star taking up more of a central, heroic, and courageous role in the pair’s fight for survival, Kiet said Silverstone’s duties as an actor — including more physically demanding scenes — were a bit more challenging. “Her character was much more in-depth,” the director said.

But with that being said, Kiet also praised Tupper’s performance for his excellent nuance.

Kiet said he was impressed with Tupper after first spotting him in a memorable turn in Big Little Lies, in a scene where the actor pulls off a delightfully deadpan performance opposite Adam Scott — the current husband of Reese Witherspoon’s character, Tupper’s ex-wife in the show.

“He likes to feel things and … be receptive to it and then he can react to it. So in a way that gives him this organic performance,” the director explained, adding that he would often instruct Tupper to “go off script” and “just go with what you think it needs” for authenticity’s sake.

Kiet added he found Tupper’s performance impressively “minimal” and “restrained” during scenes of the couple quarreling.

The normal ups and downs of a couple might be something fairly universal, but Kiet said that aspect of the movie is something he actually drew from his own life.

“This couple is really based on certain scenes and episodes in my own marriage,” he said. “The structure of the story is really a husband and wife that have gone through things. And I’ve been married for 10 years and it’s a very normal thing to go through things.”

Despite drawing from his real life, Kiet clarified he would not categorize The Requin as autobiographical, saying the survival aspects in the film — the couple getting swept away in a natural disaster and being chased by sharks — were fictional. Nevertheless, he called the relationship central to the story as having come from “a real place.”

In addition, having a fierce female protagonist in the movie was partially inspired by Kiet’s three older sisters and being “surrounded by strong women” who helped raise him throughout his life.

Kiet cited the modern and highly acclaimed shark genre movies The Reef and The Shallows as influences on his shark movie. But there were other, more unusual influences at play when it came to his film’s more horror-leaning tendencies: the work of director James Wan.

Kiet said he was inspired by Wan’s haunted house movies in particular, and tried to make the underwater shots similar to scenes from those films, giving the sense of something moving in the periphery. “I treat it as like a dark hallway in the middle of the night scene,” he noted, “maybe like The Conjuring or Insidious.”

When it came to the movie’s production, Kiet said the onset of the COVID-19 pandemic presented many challenges early on.

“We were obviously hit with the pandemic right when it was starting to happen. But um, eventually, we got going to shoot it,” he recalled.

Describing the experience as “frustrating” at first, the director said the situation entailed the production getting completely sidetracked.

“We had to change our whole plan. Because originally we wanted to shoot in Mexico, but right in the middle of it, nobody knew what traveling would look like or going to another country. So it was really a game changer for us,” Kiet explained.

Eventually, they were able to work around many of the issues that cropped up, including deciding on putting the entire shoot in Florida. Kiet and his crew ended up filming in a facility that had a large pool of water where the actors could perform their scenes.

“I’m very happy that everybody took a risk and in the end we have a film to show,” he said.

Kiet said that Silverstone is an avid animal lover and advocate and so it was important to the director to be “very delicate in how we perceived the sharks in this film.”

“We did shoot the underwater sharks real, they’re real sharks. Obviously, we never put the actors near any real sharks or anything like that,” he said.

Kiet, who grew up in the United States, studied film at UCLA. He then spent a decade making movies in Vietnam’s fledgling film industry, which culminated in his helming of that country’s highest-grossing film to date, 2019’s Furie. The critically-acclaimed martial arts thriller was selected by his home country for their entry for Best International Feature Film at the 92nd Academy Awards. Now a Hollywood-based filmmaker, a future project for Kiet includes a Disney-produced film expected to drop later this year on Hulu, called The Princess.

Watch the shark thriller sure to deliver the chills with The Requin, out now in select theaters, video on demand, and digital.