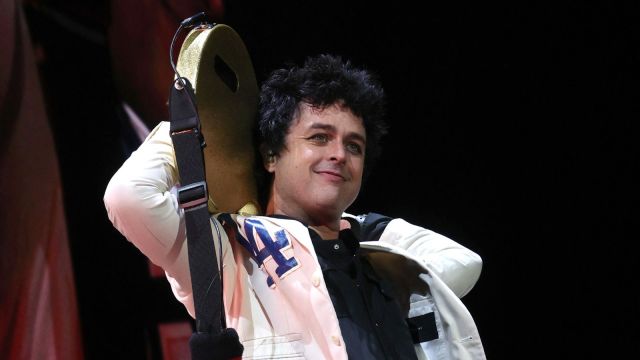 More celebrities have expressed their disappointment and frustration towards the Supreme Court of the United States, as Roe vs. Wade was overturned. And while some directed their frustration toward the judges who made the decision or anti-abortion supporters, Green Day‘s lead singer Billie Joe Armstrong expressed his anger towards America as a country.

Armstrong told concert attendees in London during their “Hella Mega Tour” that he will be renouncing his US citizenship after the Supreme Court decided to overturn Roe vs. Wade. He described America as a “fucking miserable excuse for a country” after everything the country had to deal with.

“Fuck America, I’m fucking renouncing my citizenship. I’m fucking coming here. There’s just too much fucking stupid in the world to go back to that miserable fucking excuse for a country. Oh, I’m not kidding. You’re going to get a lot of me in the coming days.”

According to concertgoers on Twitter, Green Day opened their London Tour with “American Idiot”, which they described as “fitting” due to recent political events in the US.

Fans showed support for Green Day after conservatives were offended by the lead singer’s comments. Fans knew that Armstrong was vocal about these issues for a long time, especially since his song “American Idiot” addressed his frustrations nearly 20 years ago.

Green Day is one of many other musicians that were vocal against the Supreme Court ruling. Artists such as P!nk, Olivia Rodrigo, and Megan Thee Stallion voiced out their anger, frustration, and disappointment towards the Supreme Court’s decision.

Roe vs Wade was overturned by SCOTUS on June 24, 2022, giving each of the 50 states the ability to ban abortions without government interference. According to Politico, only 21 states like California, New York, and Florida, will most likely make abortions legal in their states, while 13 states made the medical procedure illegal due to trigger laws.