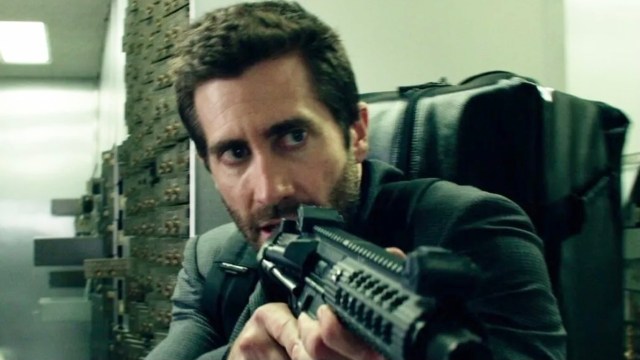 Jake Gyllenhaal has been at the height of his popularity for the last couple of years, for the better and of course, for the worse. Amidst allegations that the actor isn’t particularly fond of bathing and eyebrow-raising relationships with a particularly popular A-list singer, Jake Gyllenhaal is still one of the most coveted actors in Hollywood. Oftentimes praised for his nuanced acting and ability to embody any role at any given time, Gyllenhaal is certainly a chameleon in his craft, even if some people aren’t as appreciative of his work.

Separating art from the artist is certainly necessary when taking into consideration someone’s work, and that’s exactly what some good folks did on r/movies when discussing the intricacies of Gyllenhaal’s works, mentioning how exactly their expectations unsullied with hype will almost certainly be brought back with reality while reviewing actors’ works. However, film aficionados have come together to give actors some praise, even after undermining their craft for years upon end, realizing that in fact, it is okay to be appreciative of overestimated Hollywood actors.

The original post initiated the discussion and shared their thoughts towards Jake Gyllenhaal, adding that they never truly enjoyed the actor’s work, until they gave him a chance. The poster shared also their favorite films by Gyllenhaal, listing Prisoners (2013) as their favorite, followed by Nightcrawler (2014), Nocturnal Animals (2016), and End of Watch (2012). This post set off a discussion regarding which other actors fall under the same excluding factor as Gyllenhaal.

The most controversial and yet understandable take was that of Shia Lebeouf, who is known to be more or less of a trainwreck when it comes to his real-life endeavors, including sexual assault allegations and most recently, some altercations between the actor and none other than Don’t Worry Darling‘s Olivia Wilde. Regardless of his actions, people still admit that he is a fantastic actor, albeit his temperamental behavior.

Another user also shared to have the exact same bias towards the one and only, John Cena, admitting that upon watching Peacemaker, they became much more appreciative of Cena’s acting.

As any good and celebrated Hollywood actor, Leonardo DiCaprio was also mentioned throughout the thread. The user shared that while in high school, every girl would gush over the actor, understandably annoying many young teens who had less than zero interest in the heartthrob they pecked as being just another “airheaded good looking” Hollywood actor. Thankfully, the user was proved wrong after finally giving DiCaprio a chance with Shutter Island (2010). Perhaps everyone who agreed would be happy to know that the best Hollywood pair made up of Scorcese and DiCaprio will be conjoining hands again in a new project soon.

Although it may be difficult to leave any bias behind, and finally give actors and musicians a chance, truth is, it may just open up an entire plethora of new and exciting work to dive into. After all, these actors are popular for a reason, that is, other than all of their real-life controversies.