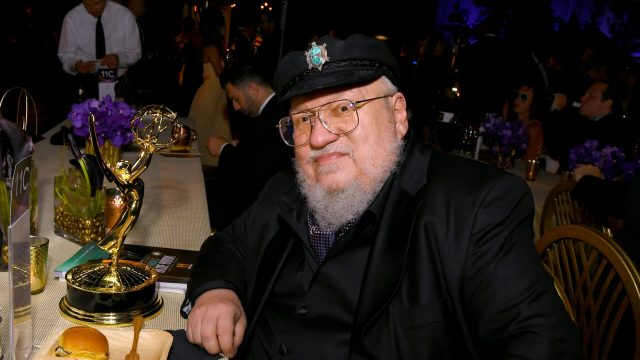 With House of the Dragon just around the corner and George R.R. Martin constantly appearing for interviews with outlets and fans alike, many eyes are ever so slowly shifting towards the unfinished books that the author has been intending to release for more than a decade.

More specifically, many A Song of Ice and Fire fans are hoping that the remaining two novels, The Winds of Winter and A Dream of Spring, will be able to fill the void left by the lackluster final season of Game of Thrones on television. Yearn for those books as much as they may, it seems that Martin is nowhere near finishing work on either one, though the creator admits that he’s made a lot of progress thanks to the COVID-19 quarantines.

In a chat with Vanity Fair, here’s what he had to say about contracting the respiratory disease recently, and how the fandom reacted to it.

“‘The two years of enforced isolation enabled me to get a lot more writing done because I was doing a lot less traveling and public appearances and speeches and all of that stuff,’ he said. ‘I’m making progress, but I’ve given up on any hope of predicting the end. Every time I do, I don’t make it and everybody gets mad at me, and there’s no sense. It’ll be done when it’s done. Hopefully, Covid won’t kill me, so we won’t have that issue. I do find it a little grisly, people speculating online about what’s going to happen to the rest of the books when I die. I don’t like to speculate about that. I don’t feel close to dying.’”

Interestingly enough, it’s not just The Winds of Winter and A Dream of Spring that Martin has to get to those printing machines soon. The creator is also working on the second half of Fire & Blood, on which House of the Dragon is based, so unless HBO is doing an adaptation of the Dance of the Dragons and nothing beyond it, Martin will find himself under a lot of pressure in a few years to deliver part 2.

House of the Dragon is premiering in exactly one week on HBO.