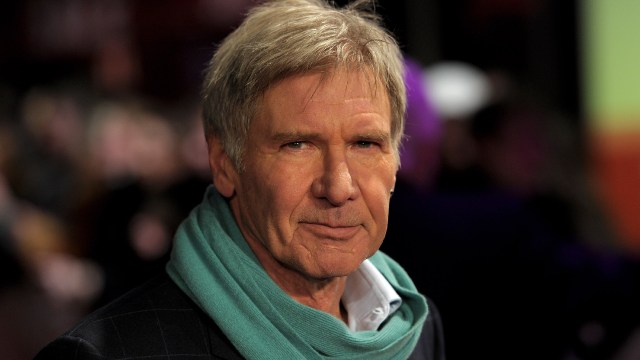 Star Wars propelled Harrison Ford to the big leagues. The former carpenter went from playing bit parts to one of the most famous names on the planet, with swashbuckling space adventurer Han Solo by far the coolest character in the Original Trilogy. Men wanted to be him, women wanted him and, let’s face it, a lot of men probably wanted him, too. But though Star Wars made his career, Ford has often expressed his annoyance both with it and the fans.

He’s repeatedly said that he doesn’t think very highly of Han Solo as a character, describing him as “much less interesting” than Indiana Jones, and that George Lucas’ writing was “relatively thin,” while we also know that he pushed for Solo to die at the end of Return of the Jedi and has often claimed to be done with both the role and the franchise in general. All of which made it a surprise when Ford reprised the part twice in the Sequel Trilogy – once in The Force Awakens and again in The Rise of Skywalker.

Despite this, though, he clearly still doesn’t think much of Star Wars. A tweet went viral yesterday containing his reply when a fan asked if Solo in The Rise of Skywalker was a Force ghost, like Luke, Obi-Wan, Yoda and Anakin before him. And the actor’s response was priceless, as you can see below:

When Harrison Ford was asked if Han Solo was a Force ghost in 'The Rise of Skywalker', his answer was 'I have no fucking idea what a Force ghost is. And I don’t care' pic.twitter.com/YI9laE2Y7J

There’s not much more that needs to be added to that, save that Ford successfully plumbing new depths of grumpiness as he approaches 80 years old.

Fortunately, though, he isn’t planning to retire from acting anytime soon. Disney recently confirmed that Indiana Jones 5 – the final instalment in the archaeologist’s adventures – is officially in pre-production and set to shoot in early 2021. Ford is donning the fedora once more and Logan‘s James Mangold is in the director’s seat for the pic, which is due out in July 2022.

In the meantime, I’m raising a glass of holiday cheer to Harrison Ford, who reminds us all not to take Star Wars too seriously.