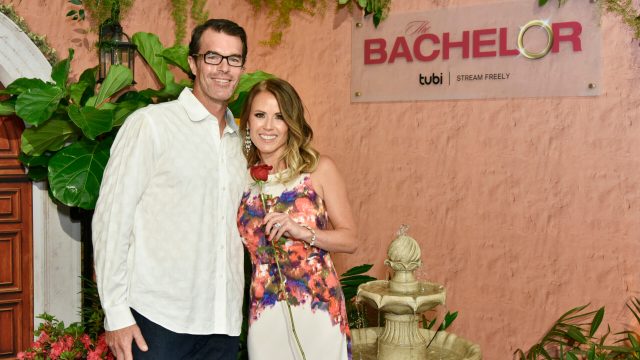 With the ever-dramatic and rather iconic wrap to season ninteen of The Bachelorette, fans have romance and roses on the brain. The Bachelor Nation universe is an exciting and sometimes emotionally charged place to be, but it always delivers on excitement and love connections.

Speaking of love connections, we’ve been taking a look back at the original stepping stones of Bachelor Nation and seeing which couples have remained together.

With a combined number of forty five seasons, The Bachelor and The Bachelorette laid the groundwork for finding true love on reality television and for several spinoffs — most famously, Bachelor in Paradise, which allowed for more chances at getting that infamous final rose.

As Bachelor Nation has grown, so has the drama and the turmoil on the road to finding love. Of course, the eligible men and women are still in it to find romance. However, with the expansion of social media and a plethora of opportunities for those who try their hand at romance, others aren’t always in it for the happily ever after.

The idea of true love isn’t something people are ready to give up on quickly, so no matter how many tears are shed, arguments are fought, and hearts are broken — we keep tuning in to The Bachelor and The Bachelorette. Call us hopeless romantics or gluttons for punishment, but we just can’t get enough.

From the series premiere in 2002 to the most dramatic season ever, which just wrapped, here are the couples who are standing the test of time.

With an impressive 26 seasons, it’s surprising that there are only two couples who have stayed together. Let’s take a look at them.

Sean and Catherine met during the 2013 season of The Bachelor, and the two have been together ever since. Their romance was such a fan favorite that their marriage was a separate television event that we could all tune in to.

They were married in 2014, and they’ve grown a sweet family in the years since. They were even in the audience of the season 19 finale of The Bachelorette, and it was nice to see them back in the mix. They’re not a couple that remained totally in the public eye, but they have been known to attend Bachelor Nation events, so getting their input on the series and the couples born from it is a treat.

Matt James and Rachael Kirkconnell are the last couple to stay together on The Bachelor, and their road to happily ever after wasn’t easy.

The two didn’t get engaged at the end of James’ season, but they did fall in love and decided to continue a relationship. However, when James was clued into some of Kirkconnell’s past actions, he put a stop to their romance. The pair seemed to work through their differences, and James accepted Kirkconnell’s apology and changed behavior because they were back together in early 2021.

They’re still together now and as happy as ever; we’re glad things worked out for these two.

There has been a bit more luck in the realm of The Bachelorette, where staying power is concerned. Let’s dive in and find out which couples are still living their happily ever after.

The first bachelorette to take the reigns ended up living happily ever after with her now husband, Ryan Sutter. The two have been together since the first season aired in 2003, and they’ve formed a beautiful family and lived a happy life together. A great thing about Ryan and Trista is that they’ve always put one another first. Through ups and downs, they have always found a way to embrace the importance of their relationship.

As one of everyone’s favorite Bachelor Nation couples, we have to say we’re delighted that these two have embraced such a sweet love story.

Desiree Hartsock was the bachelor in 2013, giving her final rose to Chris Siegfried. The two were married in 2015 and have lived a wonderful life together ever since. They are parents, best friends, and one another’s most outstanding support system. Desiree and Chris haven’t stayed as actively involved in the Bachelor realm as some couples, but they truly made the best of their time on the series — they got the happily ever after.

JoJo Fletcher was 2016’s bachelorette, and her now-husband Jordan Rodgers got the final rose at the end of the season. Their love story has been unique, and as the COVID-19 Pandemic affected their wedding plans, the two didn’t actually tie the knot until earlier this year.

However, that doesn’t mean they haven’t enjoyed wedding planning and a long engagement. The two have shared memories that most only dream of, and it’s still just the beginning for these love birds. One thing that is easy to see from their relationship is that they know how to have fun, and most importantly, they’re a constant source of support for one another.

Rachel Lindsay wore the mantle of the bachelorette in 2017, and she found her forever love in her now husband, Bryan Abasolo. The pair got married in 2019 and have enjoyed doing everything from day-to-day tasks to traveling together since their joyful beginnings.

The love they shared was evident from the beginning, and fans hoped she’d end up with Bryan as soon as the first episodes of Rachel’s season began to air. She’s strong, confident, and powerful, and Bryan never tried to change that about her. He’s been a constant support for her dreams since they got together, and it’s a sentiment she returns to him. Their connection was undeniable, and their romance is indeed a sweet one.

The newest couple to be born out of The Bachelorette is that of Gabby Windey and Eric Schwer. Gabby was one of two bachelorettes in season nineteen, and the ride was most certainly a complex one. Gabby felt a strong connection with Erich from the beginning, and for the two to end up together seemed fitting; they laughed together more than anyone else laughed with Gabby, and he brought out a softer side of her.

Their relationship is still very new, but we’re hoping these two go the distance.

So what happens to couples who don’t find love? Well, a few things. Some of them go on to fade from the public eye and try to live their lives as normally as possible. Others take new opportunities to live the life of a reality television star, and some even try their hand at love with other Bachelor Nation contestants on Bachelor in Paradise.

You can see the exciting new season of Bachelor in Paradise, with some returning favorites from The Bachelor and The Bachelorette, as the new season premieres tonight on ABC.