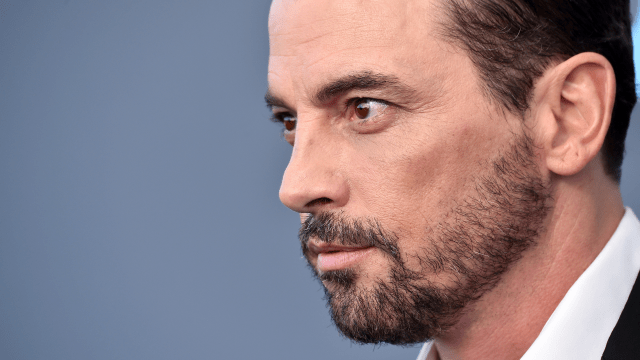 Be still our horror-loving hearts; scary movie crushes are on the menu, and this is a feast we could dine on all day. Call us gluttons (for punishment and pleasure) because some of horror’s finest have swept us off our feet and established that, in some films, we’d never make it out alive.

In fact, some spooky movie fans would volunteer as tribute if it meant breaking some of Randy’s rules for surviving a horror movie. You know the rules, they made their big debut in 1996’s Scream, and they’re something scary movie lovers live by.

A Reddit thread is asking fans to name their first scary movie crushes while revealing that theirs was Esther from Orphan, and for the sweetest reason: they liked her freckles.

If we may, we’ve never searched a Reddit list for a response so fast. Our first big horror crush was Skeet Ulrich in Scream, and as the comments explain, we also felt all the things when he liked the blood (or corn syrup) off of his fingers.

There was also that “The exorcist was on, it got me thinking of you line” that just set the tone. How could we listen to our parents telling us not to like bad boys when we dreamt of Skeet Ulrich sneaking in our bedroom windows? Alas, we digress because there are other pulse-racing crushes across the genre.

In the Reddit thread and across the horror realm, Linnea Quigley is credited with defining sexuality for a genre. Did we want to be her or be with her? A mix of both, quite honestly.

Jennifer Love Hewitt is as stunning now as she was when we saw her in I Know What You Did Last Summer, and she was fantastic in the role.

Jennifer Tilly is also a horror movie crush for several fans; one even said that her being mentioned in the thread reminded them that they had a scary movie crush.

Patrick Bateman in American Psycho is the epitome of a complete psychopath, but that doesn’t stop us from appreciating the act of looking at him.

A fan pointed out that Christian Bale deserves ample credit for his shape in that movie, and we agree. Our hats are off to you, Bale.

You also can’t mention horror crushes and leave out Jamie Lee Curtis. She set the standard for scary movie crushes many years ago, and she still stands out as one today.

Tony Todd is incredibly handsome in Candyman, even having watched that scene where he was stung several times. Gary Oldman is absolutely on the list, too: that hair, the costumes, it’s all*chef’s kiss*.

Ryan Reynolds was something else entirely in The Amityville Horror — murderous and terrifying but delightfully good-looking.

Has anyone ever gotten over their crush on Cassandra Peterson? We know we certainly haven’t.

From the dark and vampy to the final girls, scary movie crushes make the world go round, here’s to all the finest horror hotties.