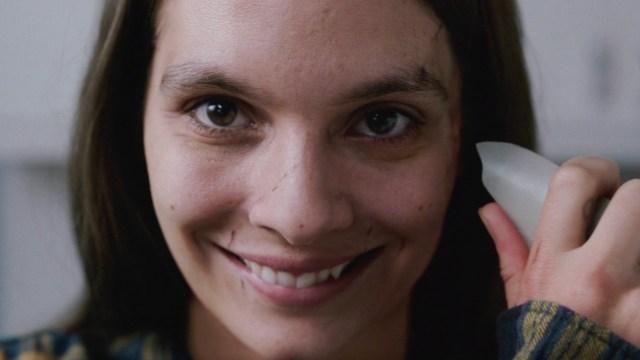 Katie Rife from RogerEbert.com stated: “Smile’s greatest asset is its relentless, oppressive grimness: This is a film where children and pets are as vulnerable as adults, and the horror elements are bloody and disturbing to match the dark themes.”

Owen Gleiberman of Variety stated: “Smile will likely be a hit, because it’s a horror film that delivers without making you feel cheated. Let’s give Smile credit for taking a deep dive into the metaphysics of smile horror.”

Both Gleberman and Rife agree that the film is a bit too long at 115 minutes. It could have been tightened to a 90 minute feature. They also agree that the premise, while entertaining, is not the most original.

Smile tells the story of Dr. Rose Cotter, who is played by Sosie Bacon. The plot of the movie is set in motion even before the opening credits. Dr. Cotter is a therapist who works in an emergency psych ward. She encounters a woman named Laura, played by Caitlin Stasey, who claims to see demons or spirits that reveal themselves in people’s faces or smiles. They haunt her relentlessly until she commits sucide in front of Dr. Cotter with a pottery shard. After witnessing this traumatic event, the haunting visions are passed on to Dr. Cotter.

Smile marks Parker Finn’s directorial debut. It is based on their short film that won a jury award at SXSW in 2020. It is an impressive accomplishment to create a horror film that is not based on any well known intellectual property in two years especially during a pandemic.