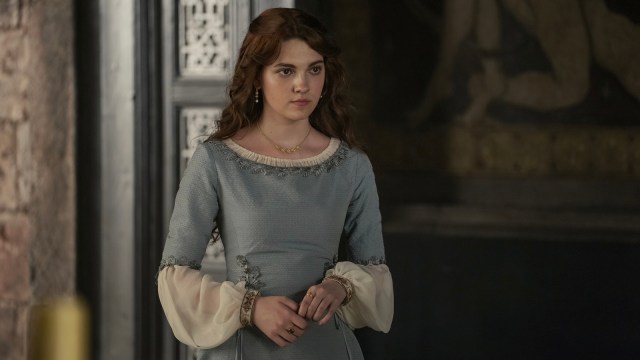 There are some creatives in the entertainment industry who don’t understand the point of having intimacy coordinators on set, Game of Thrones alum Sean Bean being one of them, but the actress behind the younger Alicent Hightower in House of the Dragon might want to have a few words with the head of the Stark family.

Since the advent of intimacy coordinators a few years ago, production standards regarding scenes of a more sexual nature have risen exponentially, with many actresses claiming to feel safer when a person is there to make sure that they don’t do anything they’re not comfortable with, or choreograph the scene in a way that’s not too demanding of the talent involved.

Emily Carey, in particular, really appreciates the House crew for getting a coordinator, and we can all understand why. Here’s what the actress recently said about her intimate scenes with a much older Paddy Considine in a chat with Newsweek.

“Still being 17 [when cast], the first scene that I read from the show was my sex scene and my intimacy scenes, that includes the scene where I’m bathing the king… In the rehearsal room, [the coordinator] was a massive help and on set, she was a massive help. Yeah, it was a lot easier than I thought it was going to be.”

Both Milly Alcock (young Rhaenyra) and Emily Carey had to appear in sexually charged scenes in the latest fourth episode, so the existence of an intimacy coordinator must have been a huge help for both the crew and the actresses.‌

You can now stream all four House episodes on HBO Max.