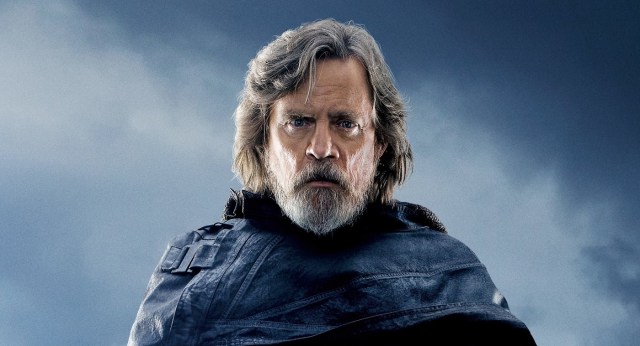 Luke Skywalker has remained one of the most divisive characters the Star Wars canon has ever seen, with many fans around the globe believing the wayward Jedi master deserved a better ending (actor Mark Hamill included.) The narrative choices made by Lucasfilm and Disney during their now infamous Sequel Trilogy have come under fire in recent years, and one question that continues to plague aficionados seems to involve Force ghost Luke’s ability to affect matter in his spectral form.

It’s true, as far as Star Wars is concerned most Force ghosts can’t really do much in the land of the living. Yet The Rise of Skywalker gave newfound power to a story full of dead glowy good guys. In one of the film’s most climactic moments, Luke returns to Rey as a ghost and lifts his old X-wing out of the ocean, just in time for her to fly off and save the day. It’s true, for all the backlash aimed toward the Skywalker Saga, this scene still brings a tear to the eye of many who understand its significance.

Why? Luke finally lifts his X-wing! Which is a big deal, seriously. In The Empire Strikes Back, Luke attempts to recover his ship from the swamps of Dagobah only for Yoda to do the heavy lifting for him. It’s an incredibly profound moment, and one of the keystones upon which the entire Star Wars mythos resides.

There’s only one difference; Yoda wasn’t dead when he performed the initial trick. Luke’s ability to do the same maneuver as a dead dude has redefined the powers associated with being a Force ghost, and opened up all new possibilities for the franchise moving forward. Which brings us back to the question on everyone’s mind. How was Luke able to affect matter?

For starters, here’s a nifty article that loosely lists all the known powers Force ghosts have at their disposal. As far as an official explanation is concerned though, that may be a little harder to define. Still, let’s take a look at the two most common answers.

The first deals with the all-powerful nature of the Force itself because lets be honest, it can do just about anything. Whenever we think a Jedi really has their back up against the wall, some new power manifests itself and gets them out of their pickle. This approach proves that anything is possible, and Force users are always evolving. So it makes sense then that the ghost of a Jedi could impact the physical world, all through the mystery of the Force.

Secondly, and on a rather boring note, Luke’s ability to affect matter exists because the writers deemed it so. Simply put, the story needed him to do it. The filmmakers wanted an interesting call back to the Original Trilogy, saw an opportunity, and took it. No harm, no foul. In the end, Luke’s powers in The Rise of Skywalker are at their best when we don’t ask too many questions. Suspending collective disbelief is a lot more fun than trying to understand the infinite complexity of a galaxy far, far away.