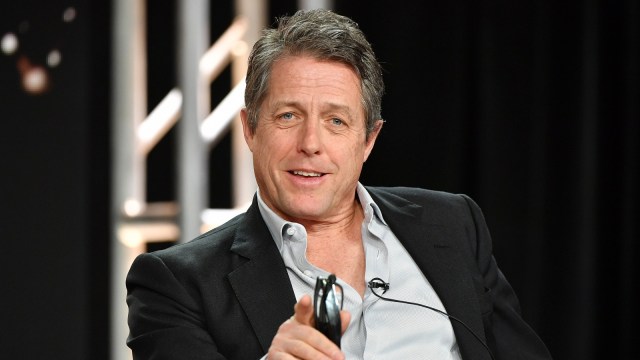 Dungeons & Dragons: Honor Among Thieves star Hugh Grant jokingly said he mixed up D&D and S&M. He will be playing the main antagonist Forge Fletcher and Dungeon Master in the new movie and couldn’t help but find humor in the title.

People reported Grant making the comment at San Diego Comic-Con panel for the D&D movie where he took the topic in a different direction.

“Well, I was a Dungeon Master. But it was more S&M and less D&D. It’s the English version.”

His cast members apparently found it hilarious and laughed at the joke. The panel included Chris Pine, Michelle Rodriguez, Regé-Jean Page, and Sophia Lillis. Directors Jonathan Goldstein and John Francis Dailey were also there, and Rodriguez responded to it by saying, “I wasn’t expecting that.”

The joke returned again later during the panel when Grant was asked by a panel moderator if he had any interest in the role-playing game before getting the role, and Rodriguez said he mixed it up with S&M. “She’s not wrong,” responded Grant, “I’ve been an enthusiastic Dungeon Master for some years now. That’s a British pastime, [a] national sport almost. I believe that’s why [Daley and Goldstein] thought of me for this, my reputation.”

Page certainly wouldn’t have confused D&D with anything else. As an admitted role-playing game nerd, Page compared himself to Eddie Munson, the obsessive D&D leader in Stranger Things season four. Page has been vocal about living up to fans’ expectations, and as an avid fan himself, he wants to do the franchise justice.

From the Honor Among Thieves trailer, the story’s about a band of thieves who accidentally steal a powerful item for the wrong person. It’s then up to them to defeat the greatest evil ever known and set the world right again.