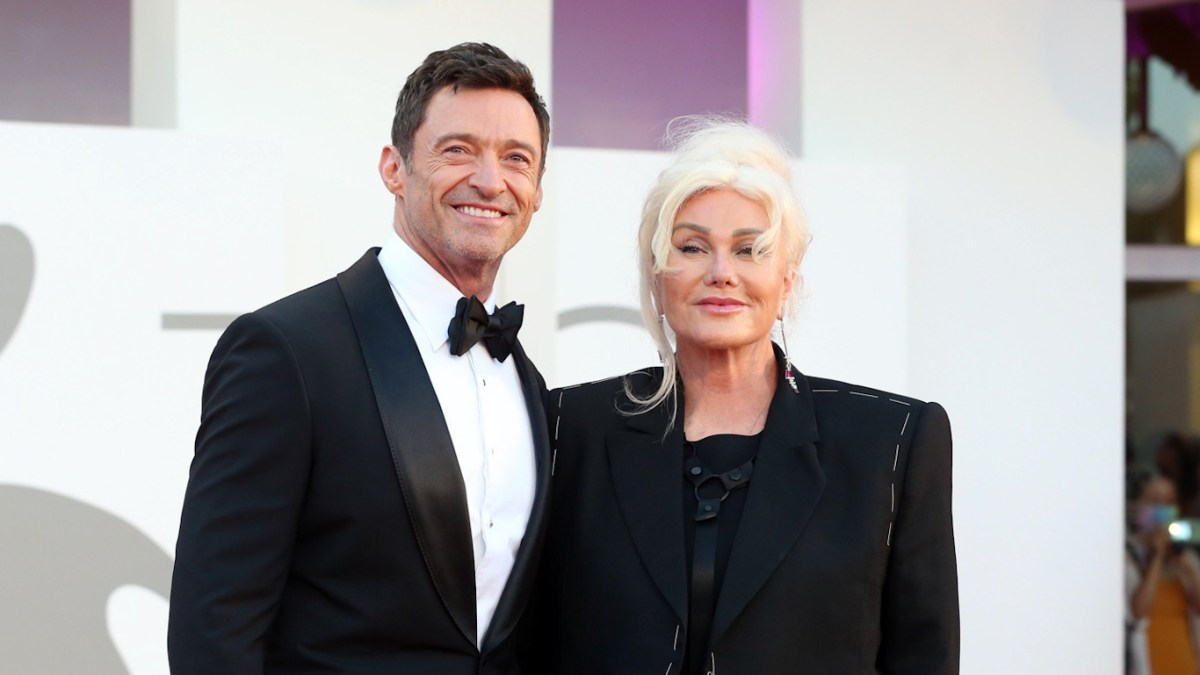 Logan star and everyone’s favorite Music Man, Hugh Jackman is putting in his bid to be Christmas Husband of the Year with his latest Instagram post, which features him dancing around the Christmas tree with his spouse with a little help from his internet BFF, Ryan Reynolds. In a sense.

Jackman’s post featured himself and his wife of twenty-six years, producer Deborra-Lee Furness, tripping the light fantastic around the family Christmas tree. However, they opted out of the obvious choice of Brenda Lee’s “Rockin Around the Christmas Tree” in favor of a much more contemporary “Finesse” by Bruno Mars. And the longtime couple showed their own finesse with a series of choreographed dance moves for which they thanked “Mishay and Pedro.”

Mishay is Mishay Petronelli, an actor, dancer, and choreographer who worked with The Wolverine star on his P.T. Barnum biopic The Greatest Showman. Pedro is actor Pedro Saint Morillo. Petronelli shared the video to her own account, saying it was an “honor to teach the best couple a dance!! How cute are they?!” and thanking Morillo for his help.

The couple also had a helping hand from Jackman’s longtime frenemy/bestie Ryan Reynolds. In (Christmas) spirit anyway. The camera pans several times over to the Jackman’s other seasonal decoration, a cardboard standee of Reynolds from his Christmas Carol parody, Spirited, currently streaming on Apple TV Plus. Jackman will have a real-life onscreen reunion with Reynolds next year when he brings Wolverine into the MCU at last in Deadpool 3 starring Reynolds in the title role.