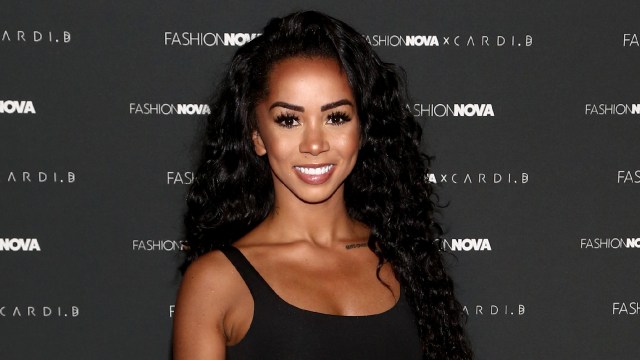 Rumors of a fling between social media influencer Brittany Renner and rapper YG appear to be confirmed.

Theories that the two were a pair cropped up several months back, but without a confirmation, it left the duo’s fans chewing over images of them enjoying one another’s company. That is, until YG — who’s real name is Keenon Jackson — seemingly verified the gossip via Instagram. An alternate piece of artwork for the rapper’s latest single featured the couple sharing the joy of what appears to be their unborn child. Renner looks to be notably pregnant in the image, and the internet is abuzz.

Both Renner and YG seem to have confirmed that she is, in fact, with child. The variation of cover art for “Toxic” shows YG kneeling in front of Renner while planting a kiss on her belly. Renner has her hands over YG’s, and looks down at him with a tender smile. The image is captioned with a plug for the new song, proclaiming the influencer as “toxic.”

Renner shared the image to her Instagram along with an upshot of herself and declaring YG as “the father.” Her baby bump is evident in the shot, and Renner seemingly doubled down by announcing her involvement in the Zeus Network’s Baby Mamas of Los Angeles.

The couple’s fans reacted in both shock and delight over the incoming bundle of joy. Renner herself took to YG’s announcement post, noting “you know it’s toxic” because both she and YG are “Pisces,” adding her comment to a mixture of baffled questions as well as congratulations.

YG has been in a longstanding relationship with his girlfriend and the mother of his children, so the post also prompted questions about his love life. Fans flooded the comment section with queries about the state of his relationship, and some pondered whether or not Renner’s bump is truly the result of YG. Alternately, the image could be pure publicity. While Renner does appear to be pregnant, its entirely possible that she posed for the shot as a way to boost “Toxic” sales.

The most recent videos on Renner’s page largely avoid showing her belly, making it difficult to tell if she’s been concealing a pregnancy, but images show a slim and seemingly not pregnant stomach. Influencers are known to use old images for months and even years, so this doesn’t necessarily prove that Renner’s condition is fabricated.

In the world of social media, online trickery, and carefully crafted media stunts, it is difficult to determine whether Renner is truly pregnant. While her belly certainly looks authentic in the images with YG, she is not shown with a protruding stomach in any outfits other than the one she wore for the photo shoot. This certainly doesn’t confirm anything, but it does raise a few red flags indicating the cover art may have been a collaborative effort to boost both celeb’s brands.

That being said, were the photo shoot — and Renner’s belly — nothing more than a publicity stunt, it has proven effective. Fans were all over the pair’s Instagram pages, and the new image almost certainly yielded higher engagement with YG’s freshly-released track.