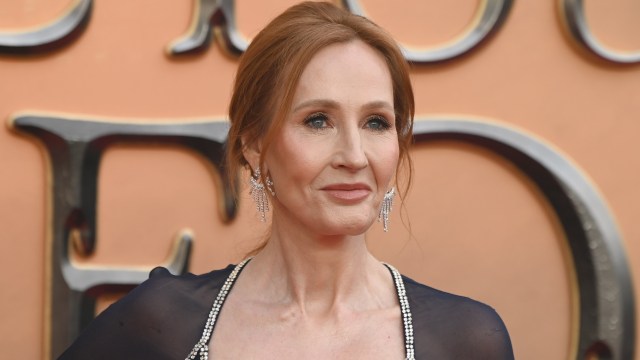 Renowned British author, philanthropist and controversialist J.K. Rowling has received a death threat. The 57-year-old, who rose to prominence after penning the many Harry Potter novels, become one of the most successful child authors of all time. Typically, Rowling uses her Twitter account to reach her followers, including Harry Potter fans. She often tweets about her political views, dripping in wit and sarcasm, and manages to offend at least half of the global population on a daily basis.

Recently, Indian-born British novelist Salman Rushdie was attacked. On August 12, 2022, before starting a lecture at the Chautauqua Institution in Chautauqua, New York, Rushdie was stabbed repeatedly — in the neck and abdomen — by a man who rushed the stage. Afterwards, the suspect was identified to be 24-year-old Hadi Matar. Andrew Wylie, Rushdie’s agent, made a statement on Rushdie’s behalf, saying, “Salman will likely lose one eye; the nerves in his arm were severed; and his liver was stabbed and damaged.”

On Twitter, Rowling commented on a viral tweet advertizing the attack, which presumably promoted the occurrence in favor of the vicious stabbing. She wrote, “Feeling very sick right now. Let him be ok.” Just eight hours later, the author of the original tweet replied, ominously writing, “Don’t worry you are next.”

Sharing multiple screenshots of the exchange, Rowling tweeted the Twitter support account, desperately reaching out in hopes that the hateful commenter will be reprimanded. She wrote, “@TwitterSupport any chance of some support?” Unsurprisingly, given Rowling’s controversial views concerning both politics and human rights, this isn’t the first death threat she has received. In another tweet, Rowling wrote, “To all sending supportive messages: thank you. Police are involved (were already involved on other threats).”

Sadly, this probably won’t be the last time that Rowling becomes the target of abuse online.