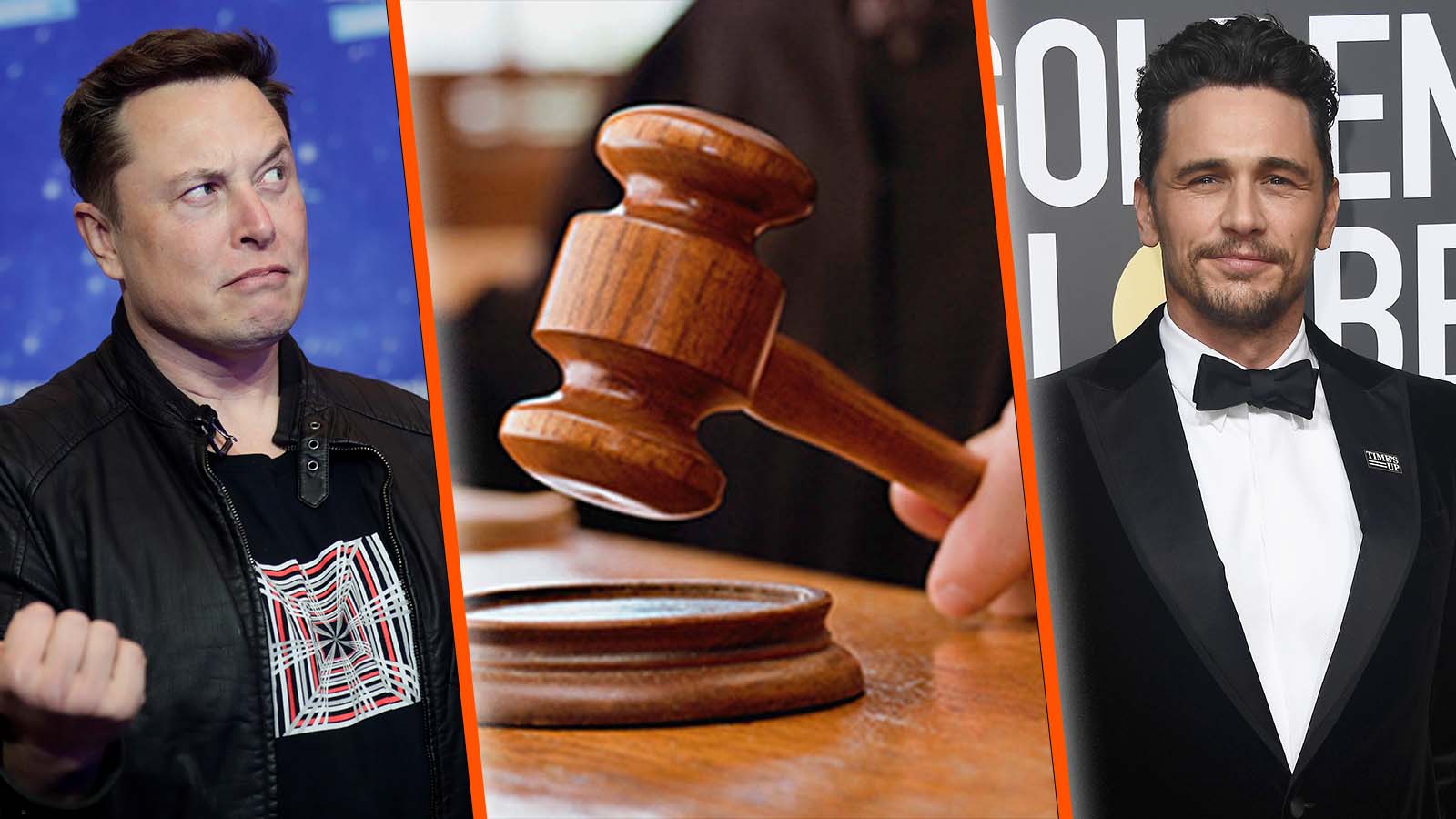 Actor James Franco and tech mogul Elon Musk are reportedly not going to testify in the ongoing trial of dueling defamation lawsuits between ex-spouses Johnny Depp and Amber Heard after they were both previously on the witness list and slated to testify.

Depp has previously indicated during testimony he believed Heard had an affair with Franco. Heard also testified that she denied having an affair with Musk during a previous 2020 libel lawsuit in London, though she did say she became romantically involved with the Tesla founder after she and Depp split.

According to a report from the New York Post, sources close to both Musk and Franco each told the publication that neither one will be testifying in this new trial unfolding in Fairfax, Virginia.

Even though Musk and Franco’s appearance on the available witness list led many to believe they would give testimony, perhaps over a video link, at some point, Law & Crime Network reporter Angenette Levy said she’s not particularly surprised at this outcome.

Due to the nature of the trial being a civil case, neither Musk nor Franco can be compelled to testify by a judge, Levy explained.

“This isn’t like a criminal case where a subpoena is issued, and if you don’t show up, the judge is going to issue some type of warrant for your arrest. They don’t have to do it,“ Levy said. “If you were Elon Musk or James Franco, why would you want to get involved with this if you didn’t have to? Why would you put yourself in that position? Because they’ve moved on.”

Levy indicated Franco and Musk each had been signed up as witnesses for Heard.

During a 2020 libel lawsuit that Depp leveled at the newspaper The Sun, which he ultimately lost, Heard denied having an affair with Musk while still being married to Depp, saying she only became romantically involved with him after they split, according to Mirror. Though Heard has also denied being romantically involved with Franco, she did acknowledge running into him in an elevator after being questioned about surveillance footage that showed the two talking together.

Surveillance footage of Musk and Heard appearing to cuddle up together in the elevator of the penthouse where she once lived with Depp was also released in 2020 by Daily Mail. However, the photos did not contain any sort of timestamp. Depp had moved out of the building after he and Heard split.

The front desk worker of the Los Angeles penthouse had previously released a statement saying he saw Musk visit Heard late at night when Depp wasn’t at home, back in 2015, when she was still in a relationship with Depp, the New York Post report said.

The doorman, Alejandro Romero, also provided testimony in a pre-recorded deposition this week. Romero ripping a huge vape cloud from inside his car, where the remote video testimony was taking place, then driving off near the tail end of the interview made Depp crack up with laughter in court in a moment that has since gone viral. Romero also testified he never saw injuries on Heard whenever he saw her face to face.

On Wednesday, Christian Carino, a talent agent who represented Depp in 2016 and Heard’s friend, testified about Heard’s relationship with Musk, as could be viewed on the ongoing live stream of the trial by Law & Crime Network.

“I don’t know whether they were dating, but they had definitely spent time together,” Carino said about a time when he set up an attempted reconciliation between Heard and Depp in San Francisco.

The talent agent, who was once Lady Gaga’s fiancé, said he first knew of Heard’s relationship with Musk becoming romantic shortly after the reconciliation attempt with Depp.

Carino also testified he never saw Depp being abusive toward Heard, never saw any injuries on her, and that the allegations against Depp by Heard had a negative impact on his career, Newsweek reports.

Heard herself is expected to take the stand and testify at some point during the trial. Aside from the apparent no-shows of Musk and Franco, other famous names on the witness list slated to testify — at least, in theory — include actors Ellen Barkin and Paul Bettany.