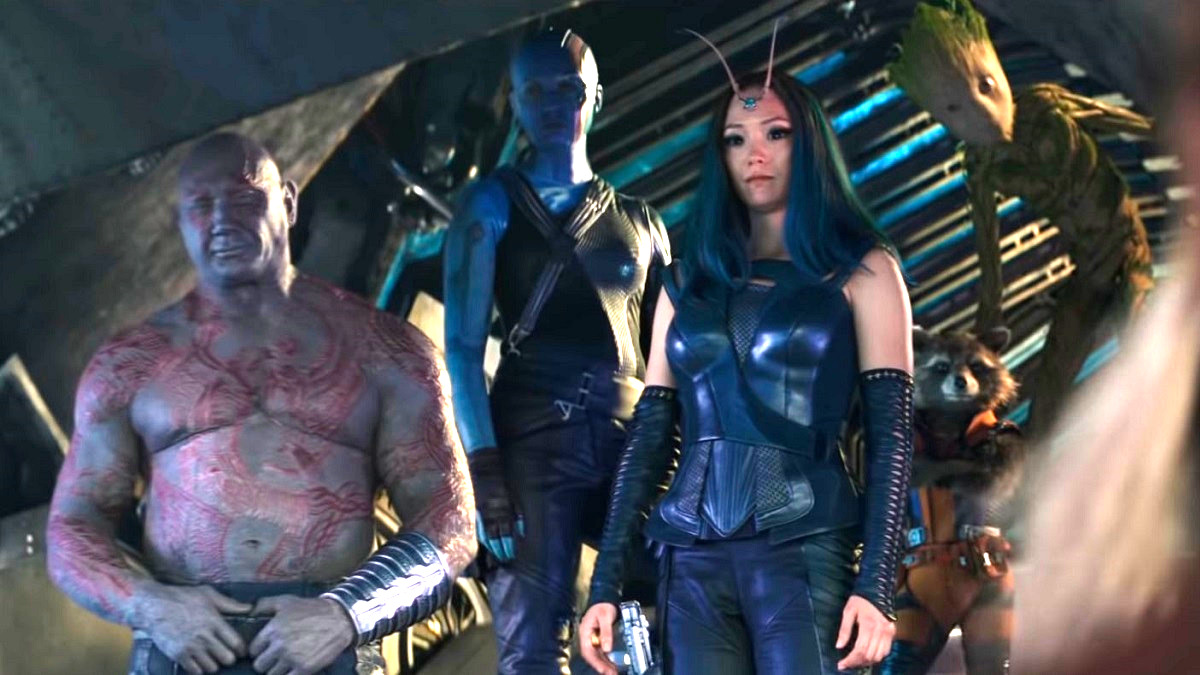 Given the title, you’d expect every member of the titular team to appear in The Guardians of the Galaxy Holiday Special, but James Gunn has somewhat surprisingly revealed that won’t be the case.

So which of the remaining eight will be missing out? Well, based on Gunn’s recent Twitter activity, we’ve got a pretty good idea. During the course of his daily social media interactions, the filmmaker dropped plenty of new information regarding the Holiday Special, and it looks as though either Star-Lord, Nebula, or Gamora won’t be appearing.

Set videos and photos purported to be from the Holiday Special shoot showed Drax and Mantis walking around Los Angeles, but we should stress that they could just as easily be from Vol. 3, seeing as both Marvel Cinematic Universe projects were filming at the same time.

Pratt isn’t too big for TV despite his A-list status with The Terminal List coming to Amazon in July, so it could be a while before we find out who didn’t make the cut. Either way, a double helping of intergalactic irreverence should help soften the blow, with The Holiday Special landing in December ahead of Vol. 3‘s theatrical bow in May of next year.