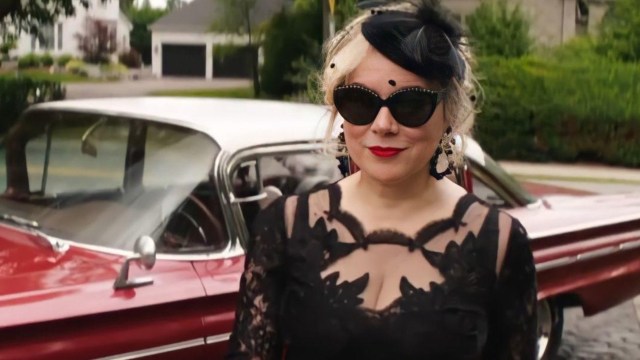 Jennifer Tilly is teasing a suitably blood-soaked season two of Chucky more than a month ahead of the show’s premiere.

“Today is my last day filming #Chucky! Let’s gooooo!!!! 🔪🔪🔪🩸🩸🩸” Tilly captioned a photo of herself on a post on Twitter, featuring her face bespeckled with droplets of blood.

Tilly has been a regular part of the Chucky universe of films since 1998’s wonderfully campy Bride of Chucky and was a main character in 2004’s equally schlocky follow-up Seed of Chucky. Subsequent films, such as 2013’s Curse of Chucky and 2017’s Cult of Chucky, returned to a more serious horror tone. Still, they remained part of the same continuity as all the previous installments, with Tilly even reprising her role in each as Tiffany Valentine, the murderous girlfriend of the titular serial killer, Brad Dourif’s Charles Lee “Chucky” Ray.

Though original Child’s Play creator Don Mancini has been the steward of the mainline franchise since its inception, a 2019 reboot film of the same name was released in theaters without his involvement, replacing the plot of the soul of a serial killer inhabiting a doll with a tale of rogue artificial intelligence. Dourif was also replaced in that movie with Mark Hamill, and though the Star Wars actor voiced the character admirably, the film received middling reviews overall.

Mancini would later return to continue his version of the franchise with the first season of Chucky on SyFy and USA, with Dourif returning to the titular role, which was released to critical acclaim in 2021. Season two of Chucky is slated to premiere on those same networks just in time for Halloween, on Oct. 10, 2022.