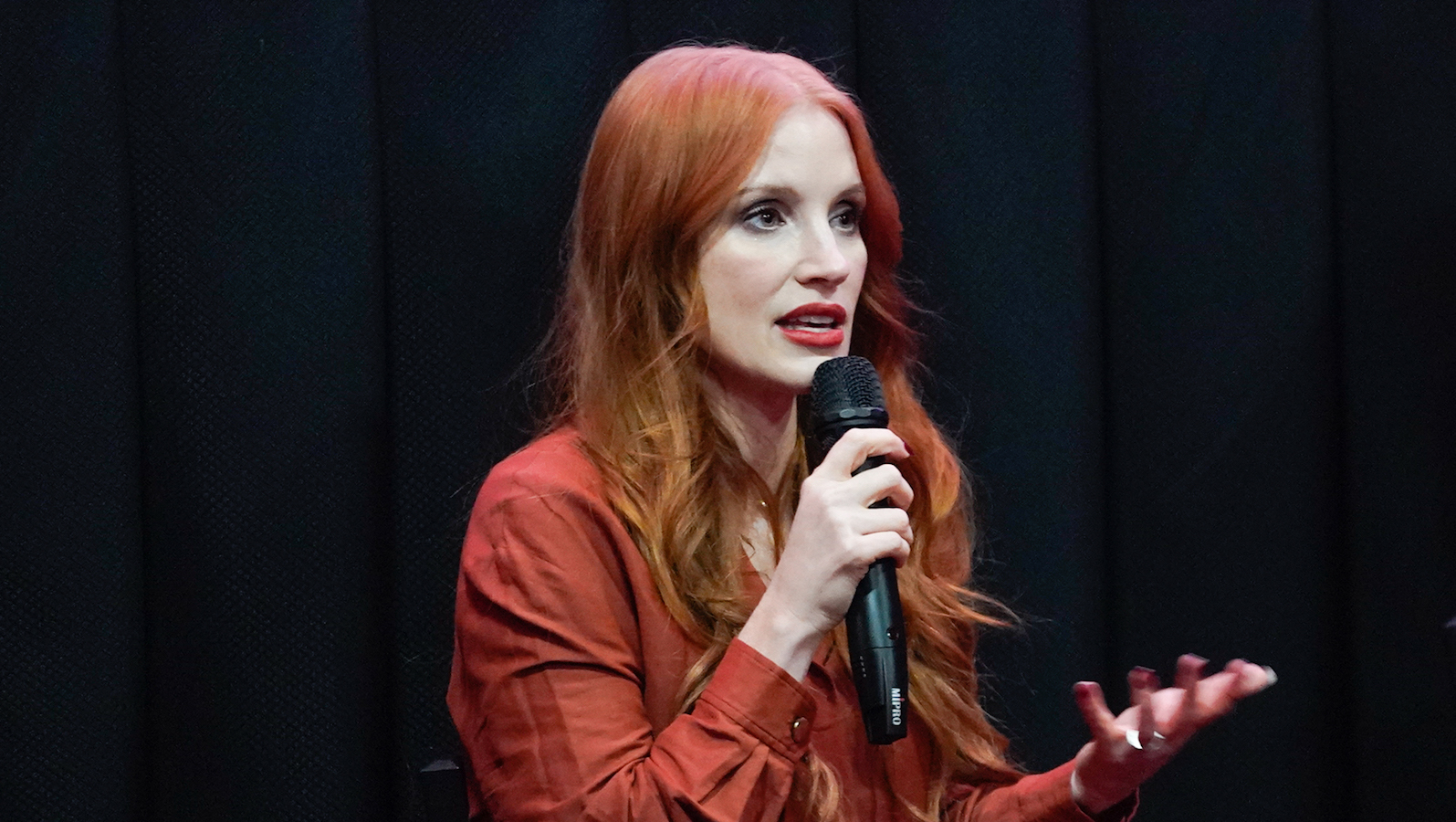 Chastain and co-star Andrew Garfield recently appeared on The Tonight Show Starring Jimmy Fallon, for an interview regarding the production of their latest film. During the interview, Chastain shares a story about how she and Garfield would sneak into church every Sunday while filming The Eyes of Tammy Faye. She details an encounter with church security guards and expresses concern that she and Garfield would have been escorted from the premises.

For context, as a couple, Tammy Faye and Jim Bakker created an evangelical empire that encompassed a Christian ministry, broadcasting network, and theme park. Garfield revealed in a separate interview with Jimmy Fallon that he and Chastain would visit the church to “research” Heritage USA — the empire that Faye and Bakker had built. When Fallon encouraged Chastain to relive the experience, she gave a detailed account of what transpired.

We said ‘Okay, we’re just gonna go and we’re gonna, you know, be quiet and kind of slip into the background, and hopefully no one will notice us.’ We kinda felt like we were sneaking in a bit. We just wanted to have the experience of being there.

And right in the beginning, Andrew goes, ‘I recognize that person from the documentary!’ And it was, he was right! There was a man there who was in the documentary, and I said, ‘ok, let’s go talk to him.’ So we go up, Andrew’s super shy, and I’m like, ‘Hello, my name’s Jessica Chastain, this is Andrew Garfield and we’re playing, um, Tammy Faye Bakker and Jim Bakker, and I’m wondering if we can talk to you.’ And the guy just, like, looks at us, and he’s like, ‘come with me.’ We’re like, ‘oh, we’re in trouble.’ So we start walking into, like, behind the stage, and like, there’s these dark hallways and we’re thinking, ‘we’re going to get busted. We’re going to get thrown out of here. I don’t know what’s happening.’ And he takes us into this room where there’s other security guards, and they start whispering to each other. And then all of the sudden he looks at us, and I thought, ‘this is it. We’re in trouble.’ And he looks at Andrew and he goes, ‘are you Spider-Man?’ And that’s when I knew we’re in!

Jessica Chastain via The Tonight Show

Named by Time magazine as one of the 100 most influential people in the world in 2012, Chastain remains one of the most beloved actresses of our generation. In 1998, she made her professional stage debut as Shakespeare’s Juliet. From then on, she has starred in several successful films. Chastain portrayed CIA intelligence analyst Maya Harris in the 2012 thriller Zero Dark Thirty. Her highest-grossing releases came with the science fiction films Interstellar (2014) and The Martian (2015) and the horror film It Chapter Two (2019).

Among her other acting commitments, Chastain will star alongside Eddie Redmayne in The Good Nurse, a thriller about the pursuit of serial killer Charles Cullen, and portray country singer-songwriter Tammy Wynette in the biographical miniseries, George & Tammy. As for Garfield, he will star in Dustin Lance Black’s miniseries Under the Banner of Heaven next, an adaptation of Jon Krakauer’s book of the same name. As of 2019, he has also been attached to portray pianist James Rhodes in James Marsh’s biopic Instrumental.

The Eyes of Tammy Faye is streaming now on HBO Max or Hulu.