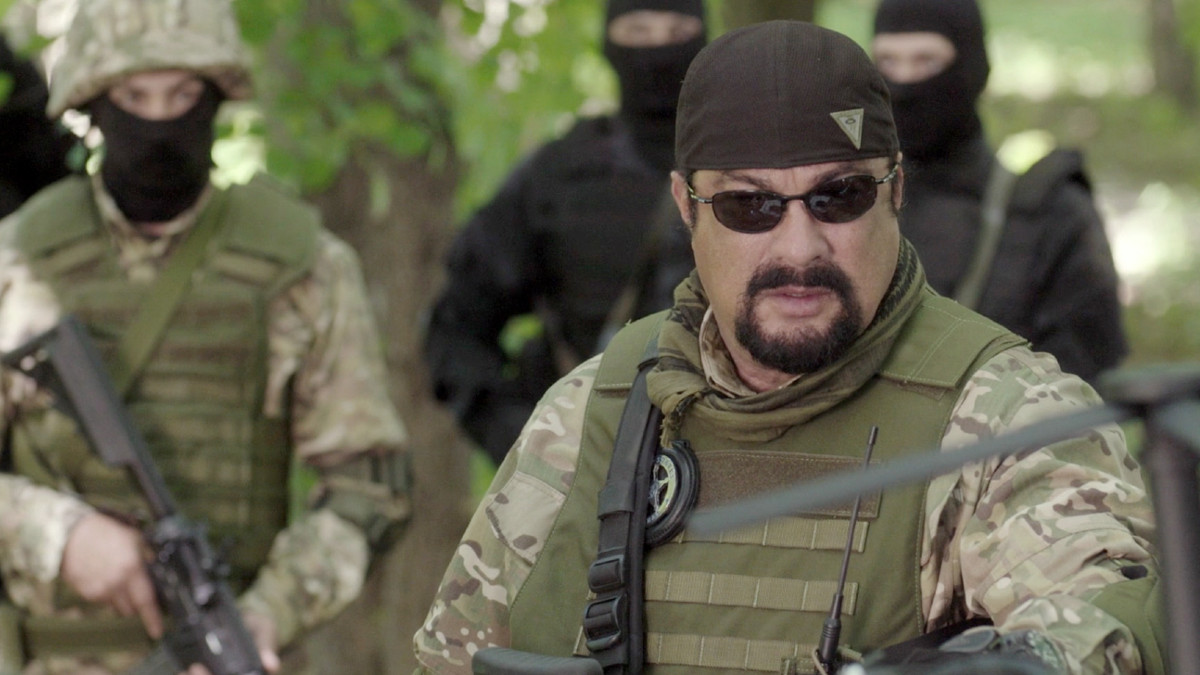 Joe Rogan once again proved his $200 million per year worth when the podcast host shared a screenshot of a clearly doctored CNN headline to his Instagram account early Monday morning, claiming that Steven Seagal is fighting with Russian troops.

“Intelligence agencies around the world have spotted American actor Steven Seagal among Russian special forces positioned around the outskirts of Gostomel airfield near Kyiv captured by Russian airborne troops,” read the blurry headline, to which Rogan added: “If I had to guess the plot of this fucked up movie we’re living through I would say we are about 14 hours from the arrival of the aliens.”

It’s wholly unclear whether Rogan was sharing the meme tongue-in-cheek — which is insensitive, at best, given everything that’s going on in Ukraine now — or if the 54-year-old really believed that the nearly 70-year-old action star was fighting on the front lines of a war in Europe.

In either case, his post was met with a mixture of amusement and disgust.

“I am so ashamed of you Joe Rogan,” commented artist Neringa Rekasiute. “You go on and post about alien invasions and living in movies, but when actual tragedy starts with real people dying, you are silent. When a real monster needs to be stopped, you do nothing. Is it because you actually are not so ‘objective’ and ‘curious’, but you are definitely brainwashed for good. Speak up! Condemn atrocities! You have a huge platform. Act like a leader and stop posting irrelevant stuff making it all look like a joke. It’s not.”

“This is obviously photoshopped though,” wrote the Tank Sinatra meme account. “I may be a beluga whale, but I do make memes for a living, so I like to think I can detect a meme with my sonar.”

One user on Twitter pointed out that the image was clearly taken from Seagal’s 2016 movie Cartels.

Whatever Rogan’s intentions were here, it clearly missed the mark, and not just by a few inches. More bad publicity is the last thing he needs right now, too, considering the recent Spotify fiasco.