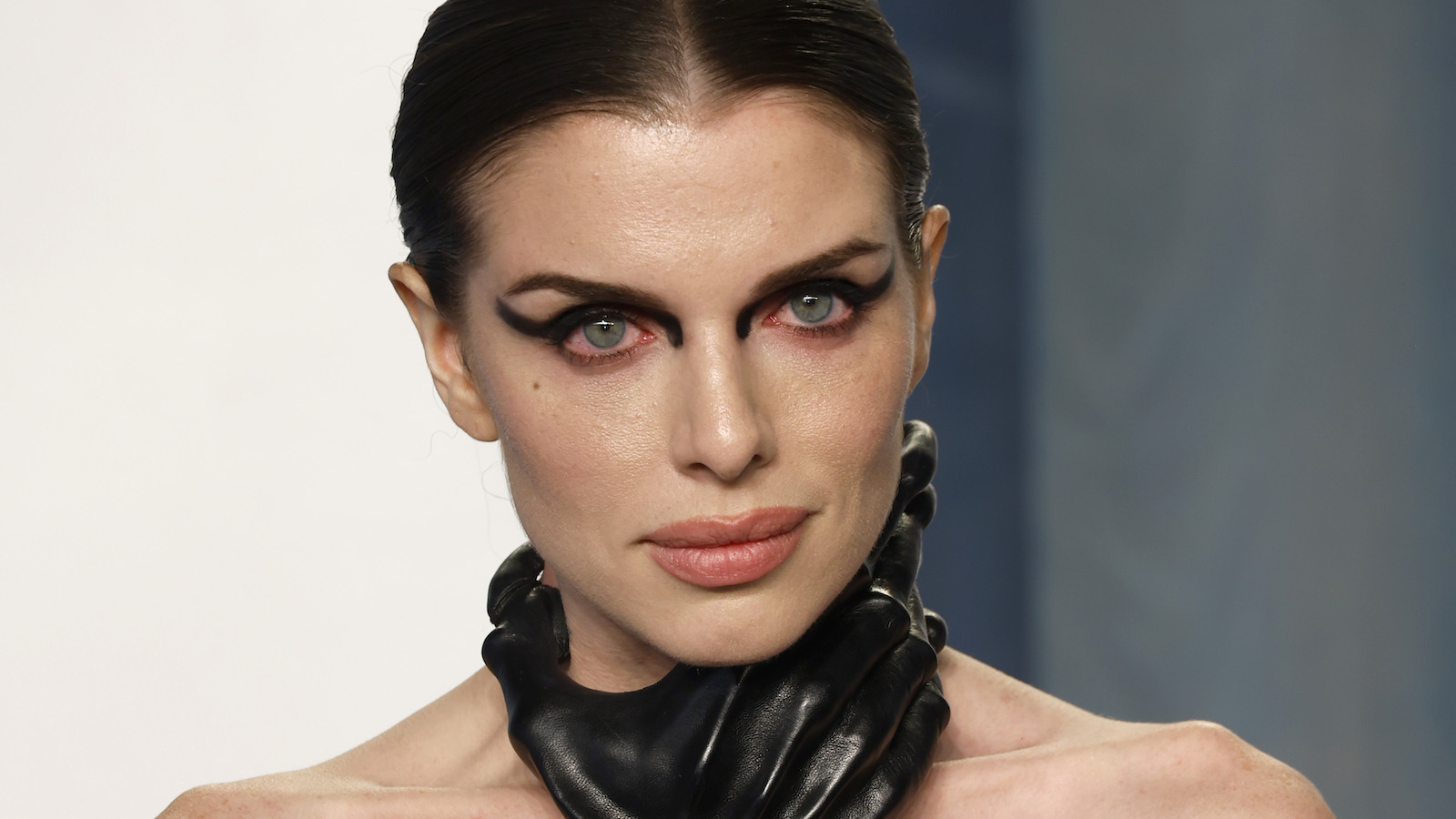 It seems Julia Fox can’t stop following in Kim Kardashian’s footsteps, as Kanye’s former girlfriend announced via her Instagram stories that she has bleached her eyebrows like the Kardashians star did in 2021, and now people approach her on the street less. Unless they’re photographers she’s hired to take her picture. Luckily for you Julia Fox fans, even though the thought of being approached by you seems to disgust the star, she still “fkin love u guys.”

In an earlier Instagram post, Fox, who is known for co-starring in the critically-acclaimed Safdie brothers film Uncut Gems and not much else, showed off her new eyebrow-free look while stylishly dressed in a look that can only be described as “the curtains in the dayroom window of a dominatrix’s summer home on the Cape.”

In the post, she lays the blame for revealing more of her forehead squarely on the hopefully less broad or pleather-clad shoulders of Dame Pat McGrath, who was called the “most influential make-up artist in the world” by Vogue magazine despite having been born and raised British.

While Fox and Kardashian are the latest to embrace the hot “I can’t tell if you’re surprised or angry” look of 2021, celebs like living ‘80s throwback Madonna were recently rocking it. In 2021. In a hard-hitting expose in W magazine, the trend has been traced back to the 1990s with the no-brow-look rocked by supermodel Linda Evangelista.

With celebrities embracing everything retro ‘90s, it’s no surprise that podcast host/superfan Fox would eventually follow suit. As a bonus, it keeps the hordes of fans who would otherwise recognize and harass her on the street for selfies and autographs at bay.

But most importantly, I have now reached my word count and can stop writing this article about Julia Fox and her eyebrows.