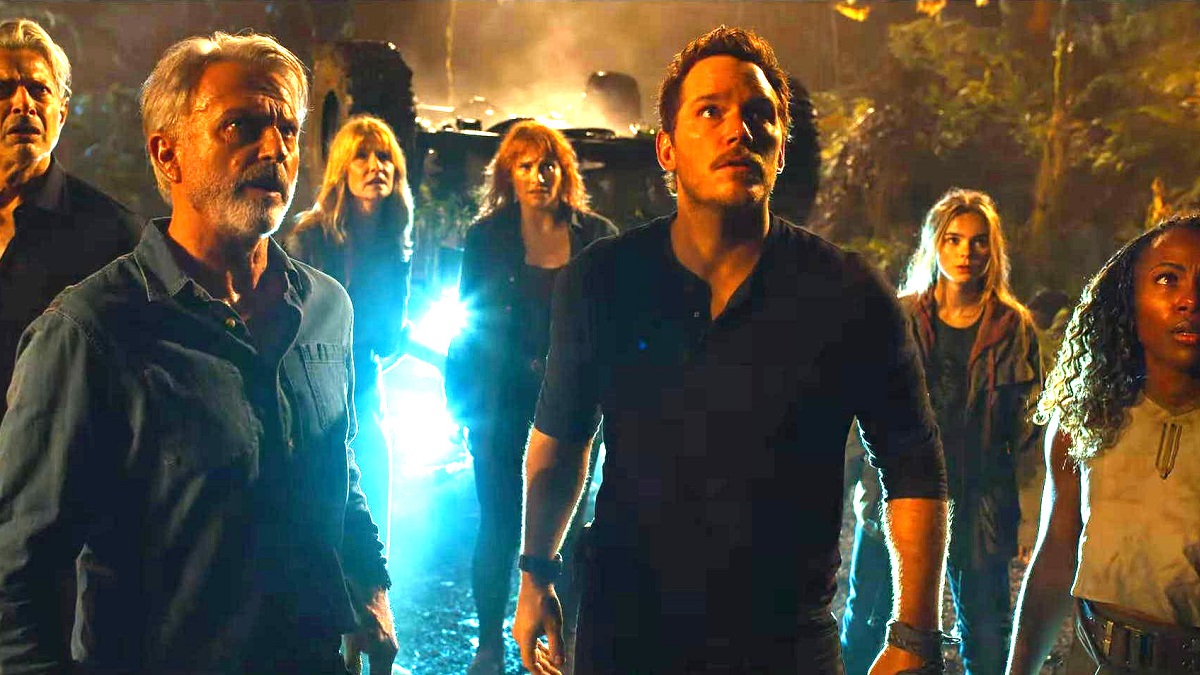 The Jurassic World: Dominion film is coming out Friday and ahead of its release, reviews have started to trickle out like a mosquito who bravely managed to escape from sap, and, for the moment, the consensus is that extinction may be needed now.

Over at The Hollywood Reporter, David Rooney writes in his review today that fans of the series deserve better, what is onscreen appears to be presented with the notion that audiences have the attention span of insects, and the human villain of the piece is ultimately a stock character seen before across countless stories, in countless forms of media. Though, he does say a saving grace is a callback to the first movie which debuted to so much global acclaim decades ago now.

“The other newcomer, Scott’s Dodgson, is a pallid villain we’ve seen far too often lately, the socially stiff, egomaniacal CEO in the Bill Gates/Jeff Bezos/Elon Musk mold, who half convinces himself that the capacity for scientific and medical discovery in his work justifies the greed and the God complex. At least there’s distraction when John Williams’ theme music is piped in over Ellie and Alan’s halting romantic reconnection, serving as a reminder of a real movie. As for this one, extinction beckons.”

Peter Bradshaw of The Guardian is similarly cutting in his critique. His one star out of five analysis says director Colin Trevorrow appears to have learned nothing as a filmmaker, fans of the series have been abused, and that while the older actors bring some life to the production, Chris Pratt and Bryce Dallas Howard have the chemistry of two magnets being pulled apart fast by fighter jets, adding that action sequences are more befitting of a ridiculous idea expressed in an earlier, fictional movie about the writing of a screenplay.

“Pratt and Howard look as if they have just been introduced at some LA party and have nothing in common. Their closeups, while they do their unconvincing expressions at each other, seem to create a green-screen aura of phoniness all around their heads. There are some set-pieces, created for their own sake and with no convincing relationship with the supposed non-plot; these include a chase between a car and dinosaur, which reminded me of Kaufman’s car-versus-horse idea from Adaptation.”

Amelia Emberwing of IGN is a bit kinder in her seven out of 10-review running today. She says shifts in Howard’s character in the last two movies are properly acknowledged here, newcomers on screen like DeWanda Wise do a good job, but, ultimately, this series with a future planned has no faith in its viewers now, and also that some of the dinosaur effects are a bit rough around their edges.

“While Jurassic World: Dominion is most certainly an imperfect addition to the Jurassic Park franchise — particularly with the rough presentation of some newer dinosaurs and its lack of faith in audience intelligence — it manages to introduce an impressive marriage between nostalgia and the constantly evolving challenges of having prehistoric creatures roaming free in our world. Characters new and old keep the film flying high, even if Claire and Owen stuff makes the plane’s engine sputter.”

Jurassic World: Dominion currently has a 43 percent rotten rating on Rotten Tomatoes. The prior film in the series, Jurassic World: Fallen Kingdom, has a 47 percent positive rating based on more than 400 reviews and a 48 percent rating from the site’s audience.