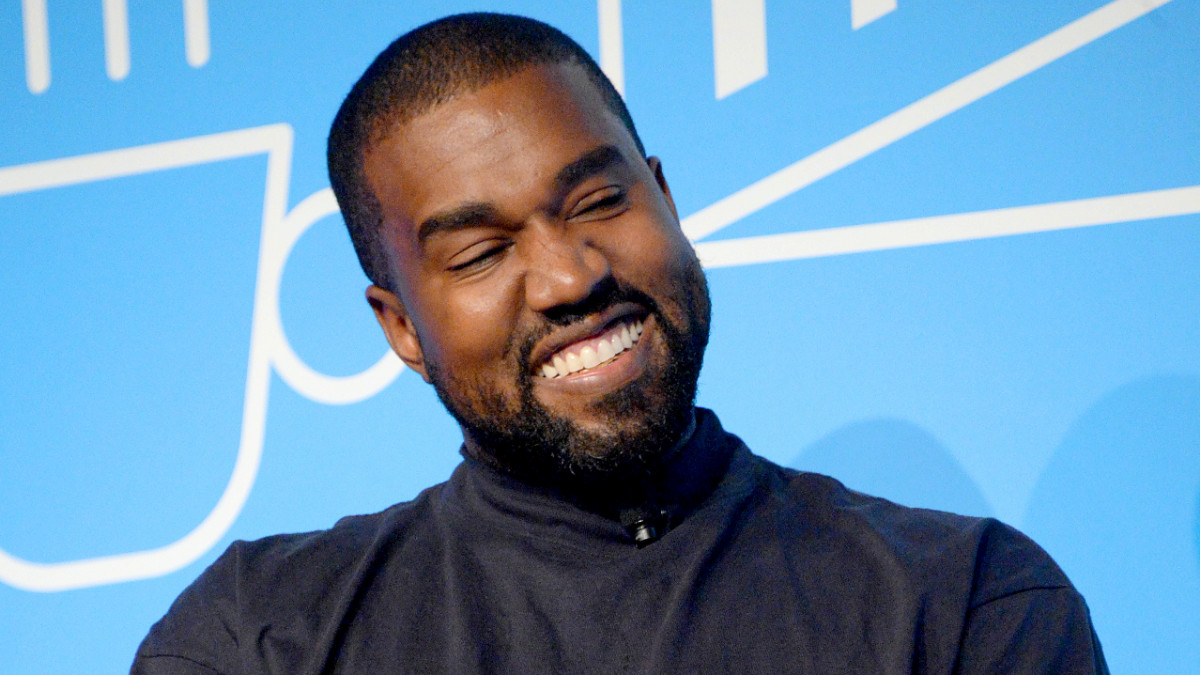 Kanye West was expected to release his long-anticipated follow-up to 2021’s Donda on Tuesday night exclusively through his Stem Player platform, coinciding with the date 22.2.22. Instead, however, he live-streamed a public concert, “Kanye West: Donda Experience Performance,” at LoanDepot Park in Miami to give fans a taste of Donda 2.

Although the bizarre evening — which featured an extremely questionable appearance by Marilyn Manson, who has been accused of sexual assault, and abuse by multiple women, including actress Evan Rachel Wood — was not quite what some had been hoping for, it did provide one stomach-turning moment that is setting the internet ablaze.

Specifically, a new track on Donda 2 called “Sci-Fi,” references 84-year-old actor Morgan Freeman in a way that many of us are hoping to forget.

“When you lay down and I gave you the semen, I swear I heard God, the voice of Morgan Freeman,’ West raps, in a thinly-veiled reference to Freeman’s role in the 2003 Jim Carrey comedy Bruce Almighty.

It’s both a strange and dated reference to a film that, let’s be honest, doesn’t hold up great. After getting fired from his job, Carrey’s titular character, local news field reporter Bruce Nolan, meets God, played by Freeman, who agrees to bestow upon Bruce his almighty powers. Naturally, because it’s a 2003 Jim Carrey comedy, Bruce immediately uses his newfound powers to expose a woman’s panties and impress his girlfriend.

But given the fact that Ye appeared onstage next to Manson on the same day as the trailer for Phoenix Rising dropped, the documentary that details the rocker’s sexual assault allegations, we have to assume good decision-making was not of the utmost concern, here.

As such, it didn’t take long before the lyric went viral, as fans learned the hard way why “Morgan Freeman” was trending on Twitter.

One user wondered which came first, the chicken or the egg, so to speak.

“Kanye said he heard Morgan freeman when he nut,” deadpanned another user, emphasis on dead.

The King Wow account echoed all of our feelings by expressing that Freeman does not deserve such slander.

“He just saying anything now,” tweeted one user late Tuesday night, with no context needed.

As we all know, Ye has been saying anything for quite some time now. But every now and then it’s nice to have a little reminder that the barrel hasn’t been scraped until the 44-year-old rapper says so.