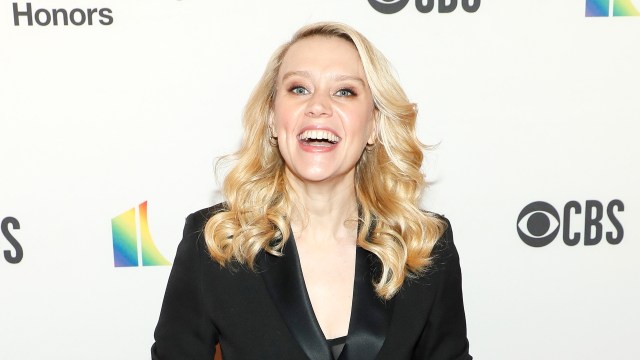 The film, co-directed by Jared Stern and Sam Levine, follows Krypto the Super-Dog, (Super)man’s best friend and loyal companion, who shares the superpowers of his owner. When the Man of Steel is kidnapped by Lex Luthor, Krypto must team up with other superpowered pets — including Batman’s four-legged friend Ace the Bat-Hound — to save his human before it’s too late.

The 38-year-old revealed in an interview on the talk show Live with Kelly and Ryan that the voice she used for her character Lulu was actually inspired by the 1964 psychological thriller film Lady in a Cage, directed by Walter Grauman. During an power cut, wealthy widow Cornelia Hilyard (Olivia de Havilland) becomes trapped between floors in a cage-like elevator, and the only response to her distress call comes in the form of an unsympathetic, alcoholic pick-pocketer who steals valuable items from her home.

In Lady in a Cage, there are many instances (naturally) where Havilland (as Cornelia) screams for someone to find and rescue her. In her interview, McKinnon imitates these cries — much to the amusement of the audience — and reveals that Cornelia’s character was a huge inspiration for her animated persona in DC League of Super-Pets.

“Ah, yes. In fact, I did. Since you asked, there was this move from the ’60s called Lady in a Cage with Olivia de Havilland where [Olivia] is like, trapped in a cage, and she’s like “I am trapped in a small private elevator.” That’s the big line from the trailer and she’s trapped in an elevator in her house and all this stuff is going on. And I thought, ‘well, an evil guinea pig would probably sound like that’.”

If knowing that McKinnon’s guinea pig was inspired by a lady trapped in an elevator (cage) isn’t enough to pique your curiosity, nothing ever will be. Check out DC League of Super-Pets when it arrives in theaters on July 29.