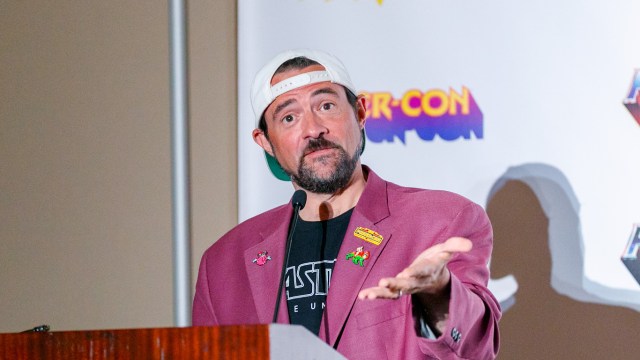 Film enthusiast and comic book store owner Kevin Smith has also spent the past few decades indulging in a filmmaking hobby, delighting a small but surprisingly loyal audience by trotting out the same set of jokes and characters for the past 28 years. And Smith took a break from his Hugo Chavez-style marathon podcasting schedule to tweet a tease of a new screenplay that he had apparently bashed out during breaks in his Clerks 3 filming schedule.

The screenplay is marked as a “first draft,” which in Smith’s world of filmmaking means it’s ready to shoot tomorrow. It also came accompanied by a blank verse poem explaining that he may never make the film, which is exciting news for those who sat through Jay & Silent Bob Reboot, Smith’s last exercise in pointing a camera at actors and attempting to keep it in focus:

In the accompanying page of screenplay, the action begins in a Central New Jersey town in a bungalow, where somebody answers a rotary wall phone while a radio station plays. Seeing as the phone technology places the action firmly in the past, and with Smith himself hailing from Central Jersey, a sharp-eyed reader can deduce that the script is another autobiographical Kevin Smith exercise in navel-gazing.