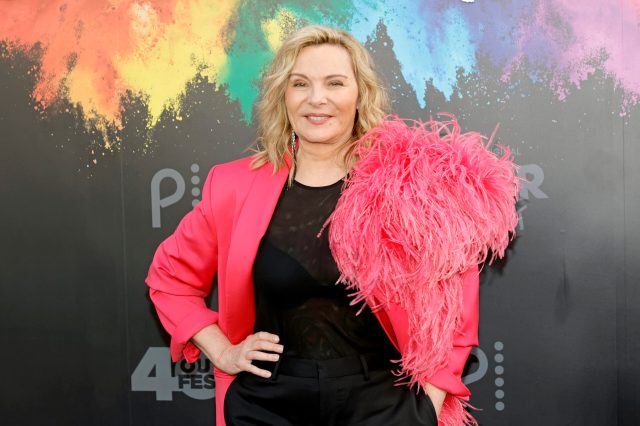 Netflix has added Kim Cattrall to its upcoming drama, Glamorous, and it’s not a stretch to imagine that she’ll knock the role out of the park. After all, she’s quite familiar with the aspects of the character, who doesn’t sound too far off from a certain publicist she’s famous for playing.

The series focuses on Cattrall’s Madolyn Addison, a CEO of a self-named beauty brand, whose take no prisoners attitude is just what an up-and-comer in the industry needs.

A press release from Netflix shared the following information on Cattrall’s character in Glamorous:

“Madolyn Addison is a veteran from the Golden Age of Supermodels who is the founder and CEO of the prestigious boutique beauty brand that bears her name. The quick-witted executive is focused on shaking up her business and sees an opportunity in Marco Mejia (Miss Benny), taking him from the makeup counter to a seat at the table, ruffling feathers along the way.”

Miss Benny plays Mejia, described as feeling “stuck in place” until rubbing elbows with Addison and discovering that the industry still has the magic that initially seemed so exciting. The talented cast is also set to include Zane Phillips, Jade Payton, Michael Hsu Rosen, Ayesha Harris, and Graham Parkhurst.

The official logline for the film is as follows:

“Glamorous tells the story of Marco Mejia, a young gender non-conforming queer man whose life seems to be stuck in place until he lands a job working for legendary makeup mogul Madolyn Addison. It’s Marco’s first chance to figure out what he wants out of life, who he actually is, and what it really means for him to be queer.”

Ruffling feathers, power, and quick wit are nothing new for Cattrall, who often plays strong and empowered women — a testament to herself and her talent. She has a penchant for bringing those characters to life.

Glamorous is slated to be a ten-episode series, and we’ll keep you updated as we find out more. You can currently watch Cattrall as future Hilary Duff in Hulu’s How I Met Your Father and Peacock’s Queer As Folk reboot.