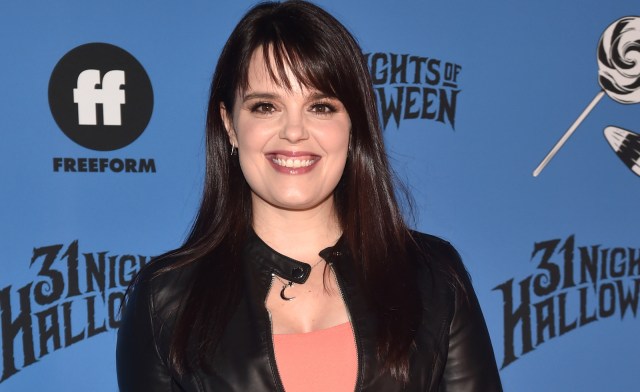 As the great Aggie Cromwell from Halloweentown once said: “Magic is really very simple, all you’ve got to do is want something and then let yourself have it!” This nostalgic quote was undoubtedly meaningful for plenty of kids who grew up watching the ever-festive Halloweentown franchise and wanted to be a witch or warlock — and, apparently, it was just as meaningful to star Kimberly J. Brown, who used the magic of love to get engaged to her Halloweentown II co-star Daniel Kountz.

Earlier today, Brown shared the good news on her official Instagram account, where she posted a beautiful photo beside Kountz and confirmed their engagement after years of dating. “Have I introduced you guys to my Fiancée?,” Brown wrote in the caption — along with her answer to the proposal: yes!

For some background, Brown portrayed Marnie Piper in the family-friendly Halloweentown franchise that became a staple for the October (ahem holiday. Well, it’s a holiday to some of us, at least. Marnie is a 15-year-old witch who doesn’t realize she possesses witchy powers until her grandmother Aggie tells her. In the first movie, Marnie and her family work together to defeat Kalabar — a powerful warlock with evil intentions.

In Halloweentown II, Marnie meets Kalabar’s son Kal — played by Mountz — although, after Marnie realizes who Kal’s father is, she soon figures out that Kal is just as evil and slimy as his dad. Nevertheless, the pair obviously hit it off behind the camera and are now ready to tackle life together as husband and wife. Now that’s magical.