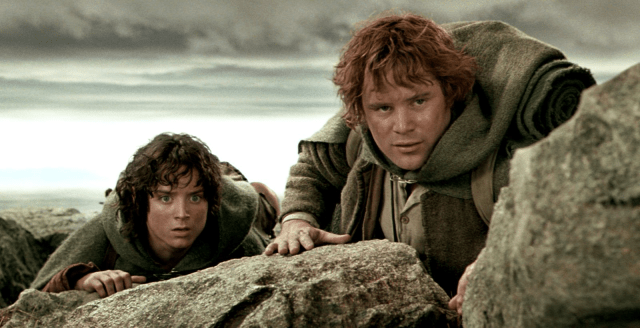 After a short hiatus following The Hobbit trilogy, it seems that Hollywood isn’t willing to let go of the Lord of the Rings name that easily, and Amazon’s Rings of Power series was just the beginning as far as adaptations of Tolkien’s Middle-earth are concerned.

As the fandom ponders the effects of Embracer Group’s purchase of the book rights, other parts of the high fantasy community from that other fictional world on HBO wonder if House of the Dragon is being more conservative when it comes to profane elements such as convention-defying sex scenes.

This is your daily dose of fantasy news!

What is your favorite running gag from a book series or television show?

With high fantasy being either epic in nature and centering around the conflict between good and evil, or grimdark and involving realistic themes such as politics and the hardships of ruling, it’s easy to forget that at the end of the day, most authors just want to tell a compelling story and create memorable scenes for their audiences. That’s why almost every story or series indulges itself with at least one running gag, and if you were to ask the community to name their favorites, the list would go on and on. From bringing a honeycomb to a brothel to the Discworld librarians and the Two Rivers boys being uncomfortable around girls, you can check out some of the most memorable instances of this over at Reddit.

With Amazon adapting The Lord of the Rings and depicting Middle-earth in live-action in such a thorough way, you’d be forgiven for thinking that the industry mogul retained the rights to the entire Tolkien back catalog and then some. But that couldn’t be any further from the truth. The complete rights to both The Hobbit and The Lord of the Rings were in the hands of a company called Middle-earth Enterprises, and it recently sold them all to Embracer Group, the Swedish company that is a force to be reckoned with in the current acquisition game.

Now, according to the man who brokered the deal between Enterprises and Embracer, the latter might take Middle-earth down the same path Marvel and Star Wars are traversing right now. “Someone has just needed to have the belief that this can be as ambitious as it can be,” says Thomas Dey, CEO of ACF Investment Bank. I think it goes without saying what Tolkien fans would make of that.

According to a lot of television enthusiasts, the old saying “sex sells” is a part of the HBO creative psyche, even if subconsciously. For more than two decades, the producer has utilized gratuitous intimate scenes as a means to rope audiences in and ride the advantageous side of public scrutiny, and Game of Thrones has gone down as a prime example of it. In those first seasons, it was sometimes difficult to ascertain if you were watching a fantasy show or a softcore pornographic program with bits of story and characterization tacked on for good measure.

Suffice it to say, most audiences are glad that House has done away with the needlessly egregious nudity now that it bears the Game of Thrones name and the possibility of it making waves is all but guaranted.