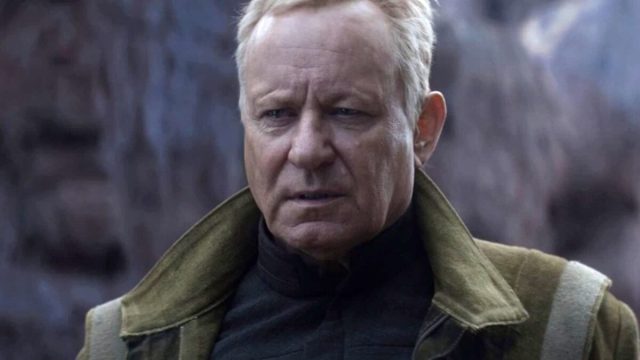 We’re now at the halfway point of Andor and the show has established itself one of the best Star Wars releases in years. Problem is that quality doesn’t seem to be translating into audience demand. We’ll go over the report in a moment, but sadly it seems like the universal praise isn’t translating into it becoming a wild hit.

Elsewhere in the franchise, we’ve got some fun looks at Dark Horse’s Star Wars: The High Republic Adventures, which will see the return of extremely obscure Jedi Master Yaddle, a rare member of Yoda’s species. She’s billed as playing “an important role” in the story and the key art posted seems to indicate she’ll be at the height of her powers and wielding a green lightsaber reminiscent of Yoda’s in Attack of the Clones.

Disney Plus, together with most other streaming networks, doesn’t release viewing figures for its shows. Even so, analytics companies do their own research on what’s popular on streaming and this new report on Andor makes disquieting reading for fans of the show.

Brandon Katz of Parrot Analytics has released a graph showing that “audience demand” for Andor is way below every previous Disney Plus Star Wars show, even coming in much lower than the mediocre The Book of Boba Fett. This may not mean much for Andor as it’s already confirmed for a second season that’ll begin shooting next month.

However, we worry that if this data is accurate Lucasfilm and Disney will think twice about any future Star Wars projects in the same downbeat and mature vein. Andor has been a breath of fresh air for its first six episodes and we’re craving more shows like it, so let’s hope this is a blip

‘The Force Awakens’ falls victim to the Mandela Effect

Remember in The Force Awakens when Han Solo said to Finn, “That’s not how the force works, that’s not how any of this works!” Well, if you do we’re sad to tell you that Harrison Ford never said it. This has confused the heck out of some Star Wars fans, who have such a distinct memory of the line they suspected the version on Disney Plus had been edited to remove it.

This isn’t too crazy an idea, as Disney Plus has a proven track record of making changes to movies and shows on its service without any public notice they’re doing so. But, in this case, it’s just a case of mistaken memory. While Han does indeed say “that’s not how the Force works,” the rest of the line is from an Esurance ad that was airing at the time of The Force Awakens‘ 2015 release. Over time the two lines have become combined in peoples’ heads, resulting in a classic case of the Mandela Effect.

As the week goes on expect more updates on Andor episode 7. With the big heist now out of the way expect this episode to establish where the rest of the season will head. We’re also now about a week out from Tales of the Jedi, so fingers crossed we hear more about that as the hype machine kicks into gear.