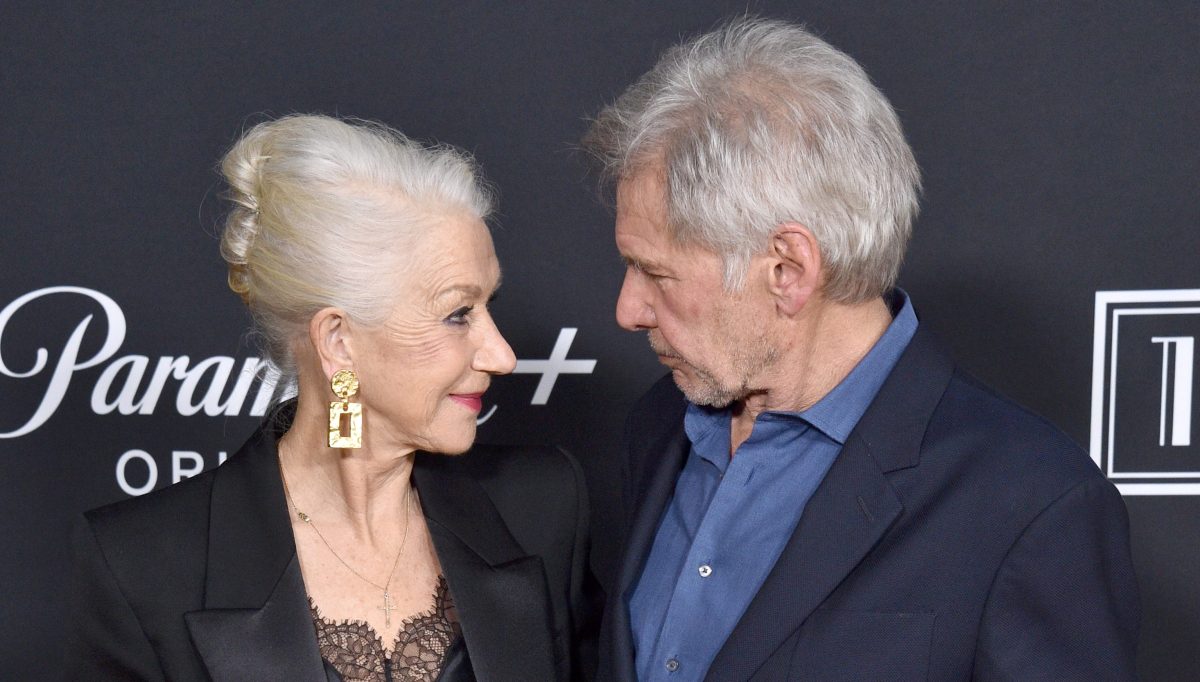 Happy Wednesday, Yellowstone fans, we’re just days away from the premiere of Yellowstone prequel 1923, and with Harrison Ford and Helen Mirren leading the charge — fans know that we’re in for a series of epic proportions. The Dutton family is full of star- and staying power, and 1923 will be another example of their influence on the entertainment world, especially in the neo-western genre.

Both Ford and Mirren recently shared which aspects of their own marriages they brought to help their characters in 1923, and their co-star, Brian Geraghty, called working with the pair “surreal.” He also shared an experience with Ford at cowboy camp that further serves the narrative that Jacob Dutton will be a standout patriarch of the enormous family tree. In addition to 1923 revelations, Yellowstone fans are also singing the praises of Luke Grimes’ new country music career with the announcement of his major record deal. There’s a lot to unpack today, so you know what to do: grab your Dutton-loving bestie and a drink of choice and let’s ride in.

Helen Mirren spoke with Entertainment Tonight‘s Cassie DiLaura at the red carpet premiere of 1923 and, as we shared with you before, talked about the relationship between Jacob and Cara Dutton, calling it a partnership more than anything else.

In the same conversation, she said that she brought a lot of inspiration from her marriage to husband Taylor Hackford to the equation in 1923.

Ford said channeling his marriage with Calista Flockhart certainly helped the bond between Cara and Jacob for him as well, but he sang the praises of Mirren with why their bond works so well.

“I suppose it helps, but I found working with Helen to be extraordinarily easy, simple, straightforward. There’s no fussiness about her. She’s a practical person. She’s a down-to-earth person. She’s very smart, very astute and she knows her craft. Our scenes have been nothing but a pleasure.”

Ford and Mirren are two of the most renowned icons in the entertainment industry, and 1923 isn’t their first rodeo together, either. Working together decades ago on The Mosquito Coast (1986) helped them find the familiarity that married couples usually have, as did their dedication to their roles and their passion for acting.

Ford says in 1923, Cara Dutton is the one who runs the show.

“He knows it, and he shows it, and that’s just a part of the fabric of their lives. He does his thing, she does her thing. And they live comfortably together.”

Mirren spoke about working with Ford for the first time, back in 1986. While she felt they were on totally different levels as entertainers (with Ford being on a higher level than herself, as she was newer to the business), he never treated her that way. Ford welcomed her with open arms, and they’ve connected at events through the years.

She says working with him again has been, above all else, comfortable.

“It was just this immediate connection. It was very extraordinary. And I feel it shows on the screen. There is this sort of natural ease we have with each other, which we do now.”

We can’t wait to see how these emotions play out when 1923 premieres this weekend.

As we’ve talked about before, Taylor Sheridan sets up a cowboy camp for everyone working on the shows in the Yellowstone universe, and Brian Geraghty spoke with Slash Film about the experience, and how Harrison Ford blew them away when he showed up for one day.

Geraghty was asked if that was a goal they set for the rest of the experience, to find a way to keep up with Ford. That’s when he admits that there are some things no cowboy camp can teach.

“You can’t keep up with him on a horse. You’re like, ‘I’ve got to stay in the shot there with Harrison.’”

A nod to Harrison on and off set, he knows his way around the cowboy way of life, and fans cannot wait to see what he brings to the table as Jacob Dutton. Geraghty went on to say that working with Ford and Helen Mirren was surreal, an experience he tried very hard to soak in and be present for every moment of.

We have a feeling that’s how viewers of the series will treat 1923 when it debuts this weekend.

Universal Music Group Nashville announced that they’d signed with the talented Luke Grimes for a record deal ahead of his first single, “Horse With No Name,” releasing this Friday.

“As an actor, Luke Grimes has effortlessly brought the cowboy lifestyle to the forefront of American culture. As a country music artist, Luke has tapped into that same honesty and authenticity to capture a raw grit and pure depth of artistry that will expand the sound and reach of country music. We are so excited and proud to welcome Luke Grimes to Universal Music Group Nashville.”

The snippet of his first single was as beautiful and gritty as fans were hoping for, a love song with swoon-worthy lyrics, and that was just a short clip of the more significant gift we’ll be given later this week.

That’s right, Grimes’ first single, “Horse With No Name,” will be available this Friday, Dec. 16. Get your tissues and dancing shoes ready; this will be the romantic country anthem we’ve all been dreaming of.