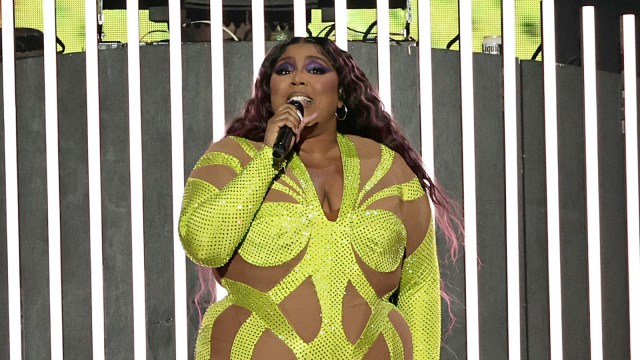 While Halloween is a time for kids to go door to door and ask for candy, it is also a moment for stars to showcase how, by virtue of their fame, they can do it just as much as anyone else and look cool. Musician Lizzo is one and fans love her 2022 look.

The entertainer, who has previously dressed as Grogu from The Mandalorian posted the above image of her as the long-suffering animated housewife on social media. She appears to have complete yellow body paint from head to toe and also has the signature blue hair and style and, on Twitter, the minds of fans are blown while one wonders if the wig in question is a burden.

Others like rapper Latto have also complimented the look. Others online agree with the notion and, for one Twitter user, the look is such a high-quality endeavor, other celebrities and people who also dress up today are paleing in comparison and Lizzo should be considered this year’s champ.

From there, another shared their look from last year and says they love what Lizzo has done.

Lizzo has also previously dressed up as the doll from Squid Game.

One can only guess what she will do next. In her career to date, she has been in films like Hustlers, continues to make music, and has appeared in television projects including her Lizzo’s Watch Out for the Big Grrrls reality show as herself, Saturday Night Live and The Proud Family: Louder and Prouder as well.