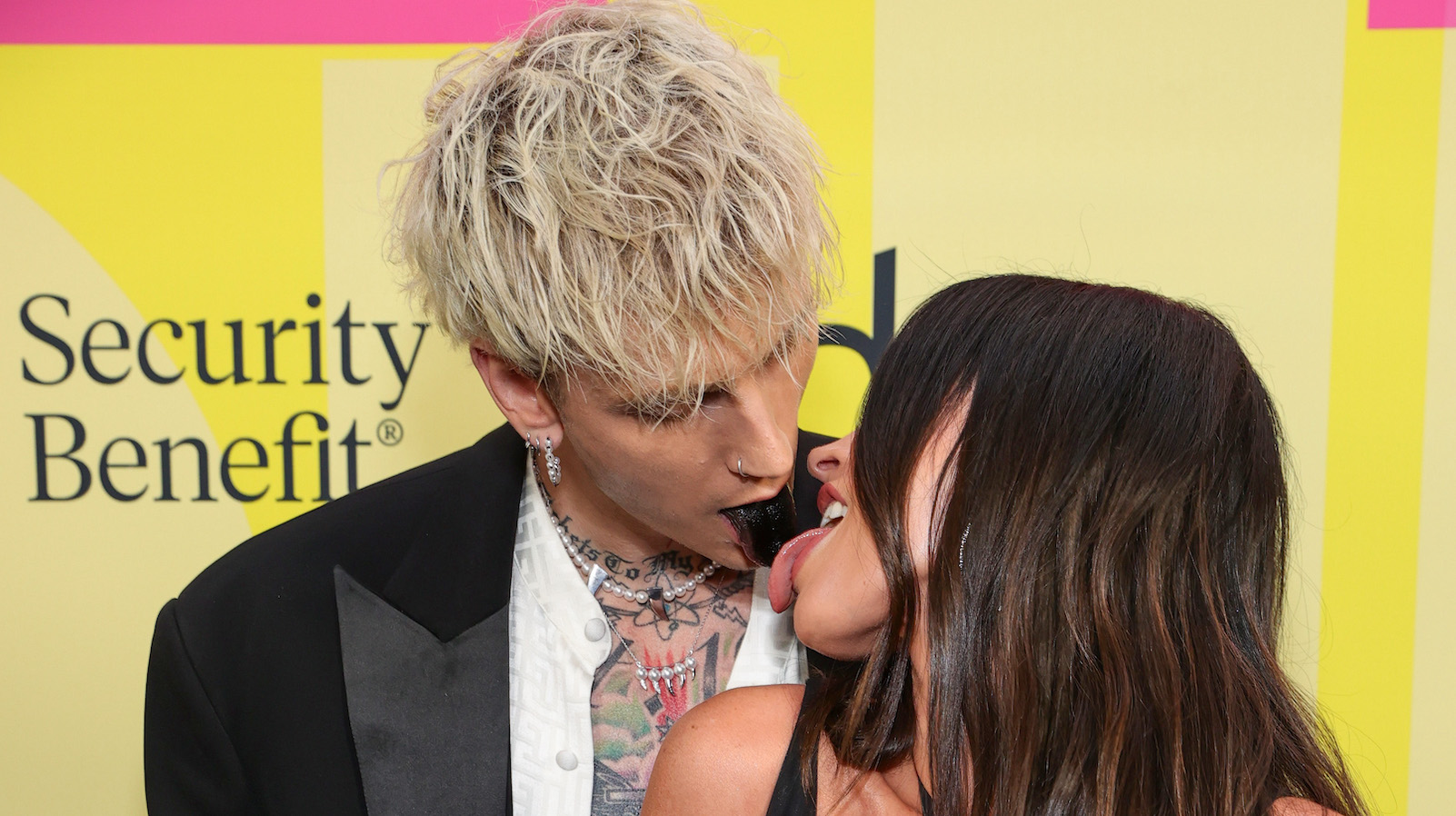 Megan Fox and Machine Gun Kelly stole the show at the Billboard Music Awards red carpet as some of the biggest names in music arrived for the ceremony in Las Vegas.

One of the most iconic couples in entertainment, the pair look like they stepped out of the most elite secret society to grace us with their blood-drinking high-profile storybook romance. With Kelly recently putting a beautiful ring on Fox’s finger, the two are obviously doing dress rehearsals to find out what gothic-style look they’ll don when they tie the knot.

Kelly is a performer at the BBMAs tonight, and Fox will be his biggest cheerleader in the room. They took the carpet in matching black numbers. Fox is sporting a stunning gown with a waist-high slit and plunging neckline. Kelly is adorned with a crop black tuxedo jacket, sparkling shirt, and spikes — most likely as a nod to whatever blood-drinking ritual the two will undeniably take part in later tonight.

In all honesty, they are a stunning pair, and their love for one another is evident. Kelly took several moments on the carpet to stop and take in the beauty of his twin flame, and Fox looked back at him with a deep adoration in her eyes.

The couple is living out an exhilarating week as they recently celebrated Kelly’s directorial debut for the upcoming film Good Mourning, are attending the BBMAs together, and will celebrate Fox’s birthday at Midnight tonight, as Kelly shared with E! on the red carpet.

“It’s my fiancee’s birthday at midnight so we’re celebrating her wonderful life being here on Planet Earth.”