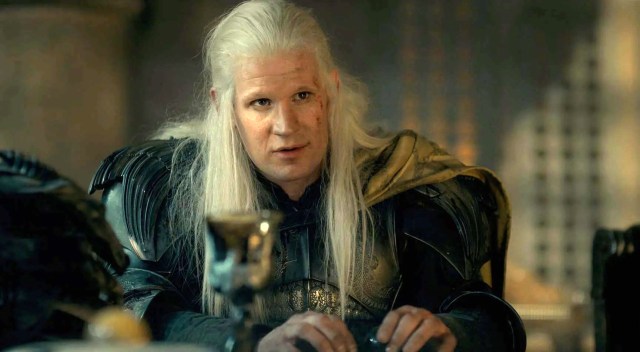 The world of Westeros is in no shortage of nuanced characters that give audiences a hard time determining the right and wrong of their actions, but when it comes to Matt Smith’s Daemon Targaryen in House of the Dragon, the distinction becomes even more difficult to make.

Known as the Rogue Prince, or by the people of King’s Landing as Prince of the City, Daemon is perhaps the most conflicted and morally ambiguous character George R.R. Martin has ever created, evident even in the way he behaves as early as the first episode of the new spinoff series.

Matt Smith, the British actor best known for his roles in Doctor Who and The Crown, portrays the Targaryen princeling in the show. Speaking recently about the character’s mentality and relationship with his brother King Viserys in a chat with Digital Spy, he offered his thoughts on where the Rogue Prince’s loyalties lie.

“I think with Daemon, there’s just a very deep, deep love for his brother,” he said. “I think there’s a strange fragility to him. It’s all about acceptance and he’s cross. He’s annoyed at his older brother for ruling like this, and not accepting him. So I think they’re all genuine concerns. I don’t think it’s particularly histrionic for him.”

It’s hard to think of Daemon as “fragile” given his history and what he does in the course of the bloody Targaryen civil war known as the Dance of the Dragons, an event that House of the Dragon is centered around, and will eventually get into in earnest. However, it seems that there’s more to the legendary warrior than meets the eye, at least for the time being.

House of the Dragon continues this Sunday with its second episode, curiously enough titled “The Rogue Prince”