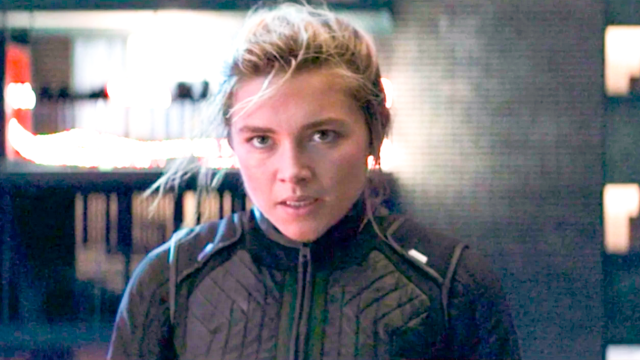 The recently-revealed Thunderbolts film is one the most exciting projects in the works for the Marvel Cinematic Universe. Beyond featuring a team likely to be a black ops answer to the Avengers, we’re almost entirely in the dark about the nuances of Thunderbolts.

But what we do have is a handful of decades’ worth of comic material to draw from, which is more than enough for r/marvelstudios to speculate with. But, perhaps we can infer a little bit more than meets the eye.

The Falcon and the Winter Soldier introduced us to Contessa Valentina Allegra de Fontaine, a particularly shady character who we know three things about: she’s recruiting disgraced Captain America replacement John Walker for some secretive project; it seems she’s doing the same with Yelena Belova; and she wants Hawkeye dead.

After sending Belova after Hawkeye, the assassin ultimately spares the former Avenger, and we’ve yet to see her since. This has led to some speculating whether she’ll be joining the Thunderbolts team, as it’s been heavily inferred that Fontaine is in the process of recruiting some of the MCU’s most prominent antiheroes for the group. Others, however, weren’t convinced of Belova’s loyalty to Fontaine after she decided not to kill Clint Barton.

One user speculated that Belova will end up among the forces of the Thunderbolts, but with the added twist of being a double agent who reports on their activity to Nick Fury.

On the flipside, others have suggested that Belova will be loyal to the Thunderbolts, but only because Fontaine could make her life particularly difficult if she wasn’t.

Whatever the future holds for Yelena Belova, we’ll find out her relationship with the Thunderbolts when the film releases to theaters on July 26, 2024.