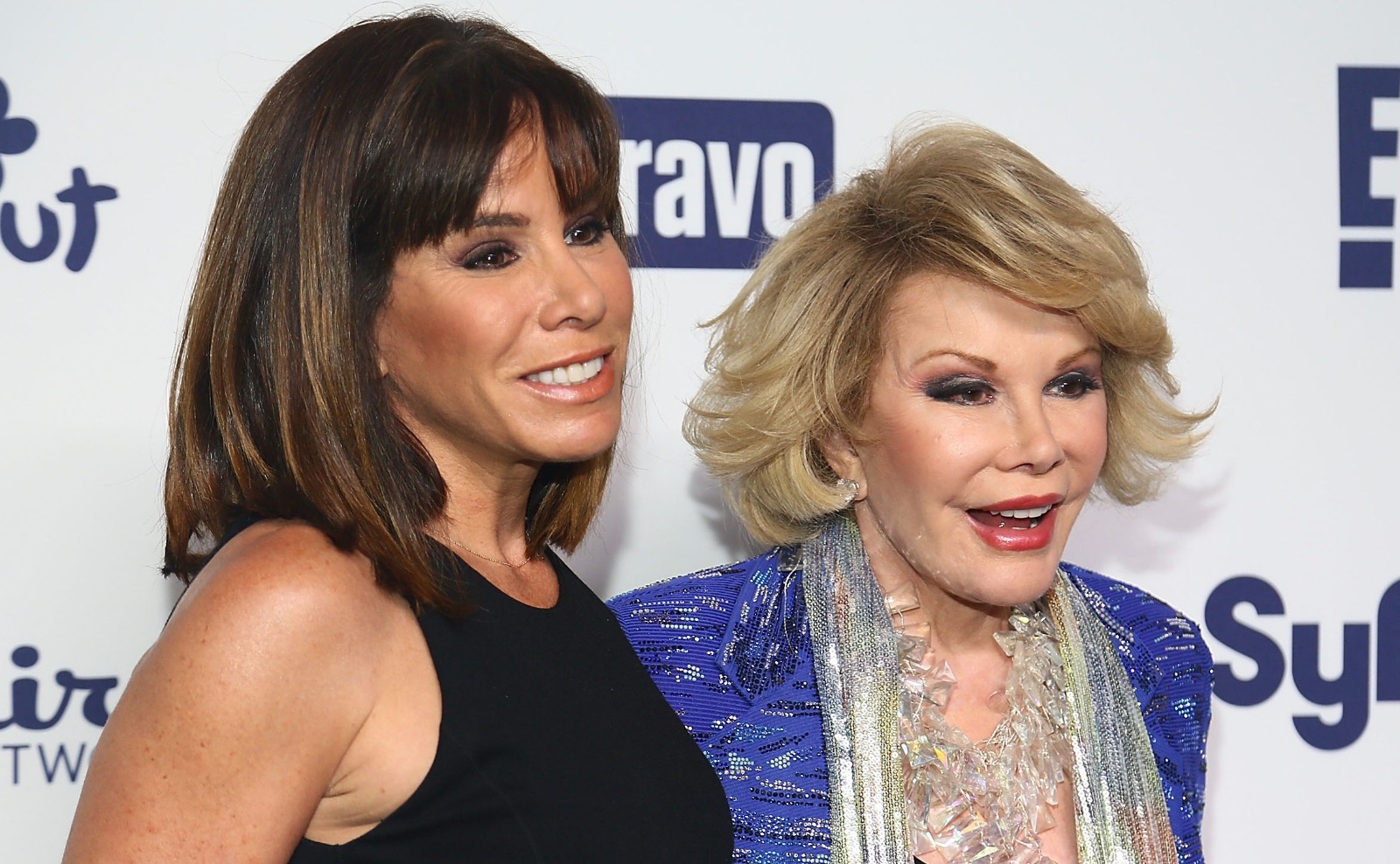 Per Fox News, Rivers’ latest literary offering is a semi-fictional work of satire that affectionately uncovers funny fibs her mother, the late comedic legend Joan Rivers, told her over the years.

Melissa says her mom would have appreciated her humorous take:

I think they’re fun, and they’ll make you laugh. I think my mom would definitely be laughing.

Joan Rivers was a pioneering comedian with a career that spanned over five decades. She was married to Melissa’s father, Edgar Rosenberg, until his tragic death in 1987. Melissa was her parents’ only child.

For decades, the mother and daughter duo were beloved fixtures on the small screen, appearing together as arbiters of taste on Fashion Police, as well as the TV series Celebrity Apprentice and Joan & Melissa: Joan Knows Best?

Then the unthinkable happened. Melissa’s mother passed away from complications during an outpatient procedure, sending Melissa and her young son into a state of shock and grief.

The Group Text podcast host opened up about losing her mother in 2014. Melissa says that after Joan passed away, she discovered that laughter keeps their connection strong because humor was a constant during her childhood and in her adult relationship with Joan.

Eight years on, Melissa says that when you love someone, there is no escaping from grief when you lose them. She points out that it’s something everyone experiences eventually, “I think with grief, you have to acknowledge it and not try to hide it. I always say grief is a universal emotion.”