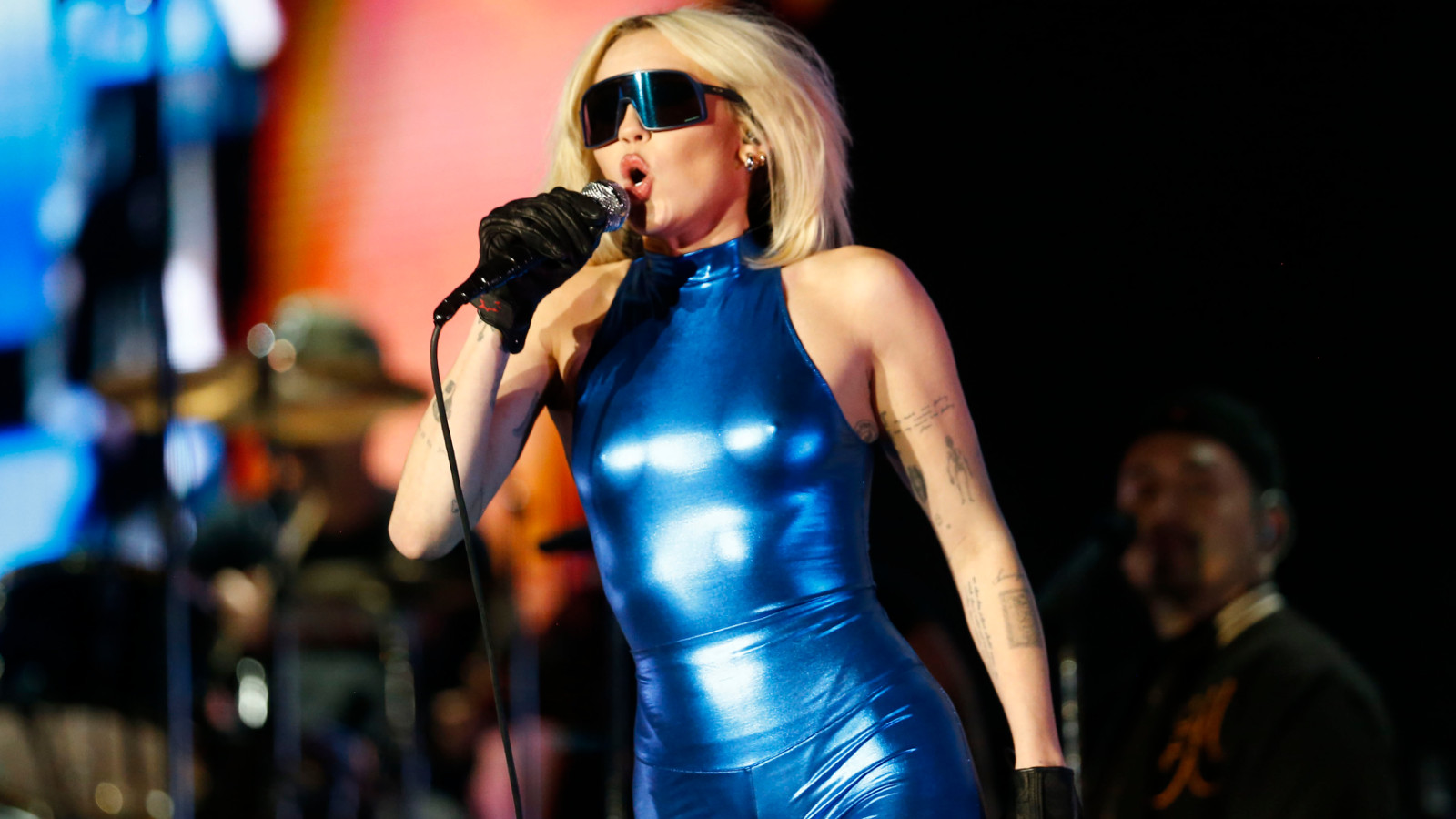 Miley Cyrus shared a terrifying moment aboard her private jet early Wednesday morning, just moments after the aircraft was struck by lightning on the singer’s way to a festival in Paraguay.

In a short video posted to Instagram, filmed from inside the jet, a bolt of lightning flashes as the other passengers aboard gasp, and someone (possibly Cyrus?), exclaims, “Oh my god!”

“To my fans and everyone worried after hearing about my flight to Asunción. Our plane was caught in a major unexpected storm and struck by lighting,” Cyrus wrote on Instagram. “My crew, band, friends, and family who were all traveling with me are safe after an emergency landing.”

“We were unfortunately unable to fly into Paraguay,” she added with a broken heart emoji. “I LOVE YOU.”

Cyrus had been on her way to the Asunciónico music festival, where she had been scheduled to headline on the second day. Unfortunately, the storms, which caused massive rainfall and flooding in Asunción, the capital city of Paraguay, forced the organizers to cancel the opening day of the festival — which would have featured Foo Fighters, Doja Cat, and Machine Gun Kelly, among others.

This would have been the first time the festival has been held since 2019, due to the coronavirus pandemic. It’s unclear if the weather conditions will allow for the second day of the festival to proceed on Wednesday, with or without Cyrus.

On Friday, the “Wrecking Ball” singer is scheduled to perform at Lollapalooza in São Paulo, Brazil. Her current tour is the first time she’s traveled to South America since her 2011 Gypsy Heart Tour.