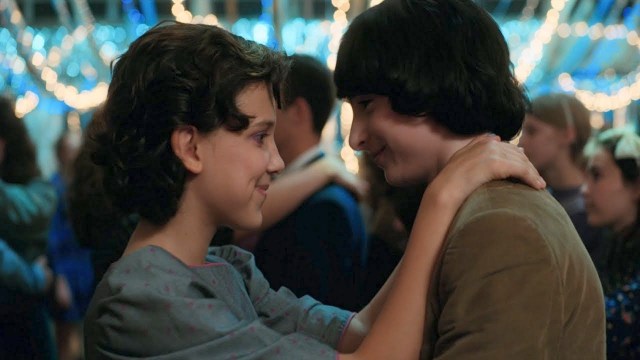 German fans left Millie Bobbie Brown at a loss for words when they expressed their dislike for her Stranger Things love interest Mike Wheeler.

During a panel discussion at German Comic Con, a fan asked Brown what her opinion was about the relationship between Eleven and Finn Wolfhard’s Mike. Surprised by the line of questioning, the actress shrugged and said, “What’s my opinion? I mean…do you like him?”

With classic Teutonic candor the fan replied, “No.”

Such forthrightness caused the rest of the audience to burst into laughter.

“What?!?” Brown cried out in astonishment. She asked the question again, “You don’t like Mike?”

Flabbergasted, Brown posed the question to the entire audience, “In Germany you guys don’t like Mike?”. Sitting back in her chair for a moment looking perplexed, the 18 year-old could barely believe what she was hearing.

“In America people love Mike. We’ve got a split audience here. Can somebody tell me why they don’t like Mike? What’s wrong with him? He’s not a good boyfriend?”

Without hesitation the German fan responded, “No.”

Another fan clarified, “He’s not a good friend.”

Brown sighed and sweetly hyped up her co-star, “There’s not much I can say about that. Although Finn, he’s a great friend. He’s like the bestest friend.”

The actress did a quick poll to see how many fans liked Mike and how many didn’t, and was relieved to find that there were far more people in the audience supporting the former than the latter.

Some Stranger Things fans on Twitter also gave Mike the thumbs down.

Another fan thought that Brown was out of touch with how American fans felt about Mike.

Yet another fan did not mince words about their vigorous antipathy toward Mike.

Finn Wolfhard can take comfort in the fact that Brown had his back throughout the audience Q&A. After she polled the crowd, she playfully teased the naysayers, “I’m going to call [Finn] and tell him not to come to Germany.”