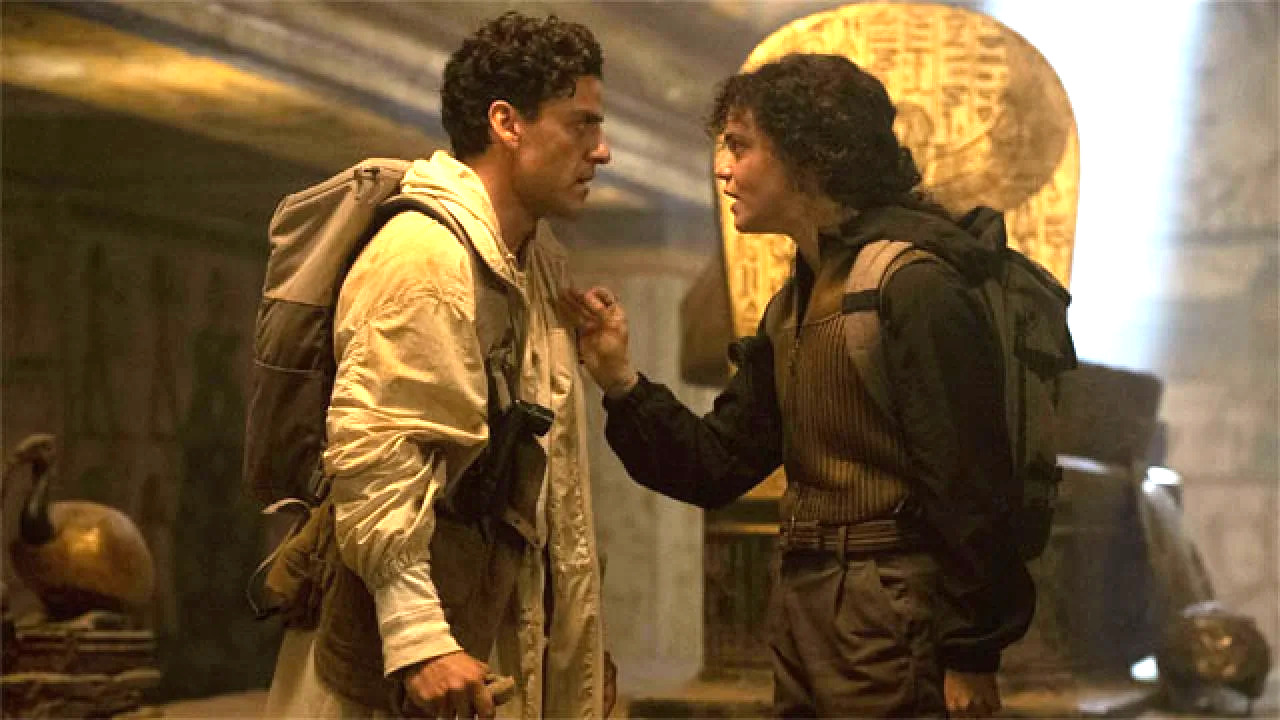 The internet still can’t stop talking about the final scene of yesterday’s Moon Knight, which was the weirdest few minutes yet in a series that’s largely been defined by taking the Marvel Cinematic Universe in strange, unpredictable and out of the box new directions.

To be fair, directors Justin Benson and Aaron Moorhead had been warning us for weeks that we weren’t going to be prepared for the fourth installment, and based on the way the internet reacted in the immediate aftermath, the duo weren’t lying.

However, we’ve still got two more wacky adventures to go featuring Steven Grant, Marc Spector, and more than likely Jake Lockley, so we’re only at the tip of the bizarre iceberg in the grand scheme of things. With that in mind, it shouldn’t come as a surprise to anyone that Moon Knight producer Grant Curtis promised TV Line that the grand finale will blow our collective mind.

“Episodes five and six are going to blow your mind. There’s a whole world of Moon Knight’s history that you have not been able to watch in those first four episodes that you will in the last two. Big fans of the comics who do know his history are going to be happy.”

Marvel Studios don’t really make promises that the all-conquering outfit can’t keep, so we’re ready to strap in for the final pair of Moon Knight episodes, which are shaping up to be the wildest slices of content to come out of the MCU across its 14-year existence.