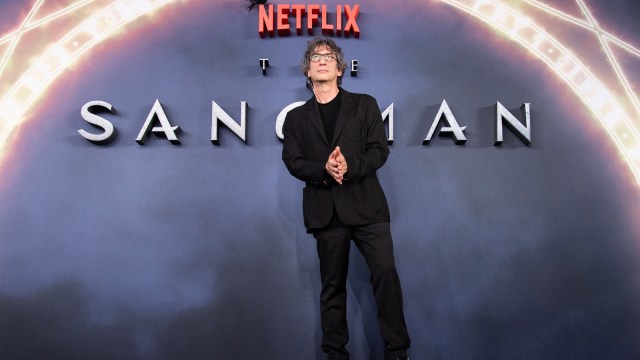 The world has fallen in love with The Sandman, but creator Neil Gaiman says not to assume that Netflix will greenlight a second season.

Once upon a time, you could watch the Nielsen ratings to gauge your favorite program’s performance. The formula was fairly simple; good ratings meant further seasons, and poor ratings brought down the axe. The Nielsen data was made public, and publications like Entertainment Weekly would publish the weekly results, so you had some idea what shows were likely to stick around.

These days, things aren’t so simple. In the land of the streaming giants, the viewer and subscription data isn’t for public consumption. Netflix is known for keeping its numbers secret, and when it comes to renewing a popular show for another season, it’s often a mystery, with no viewership data to point to why.

On that note, Gaiman, who wrote The Sandman comics on which the hit streaming series is based, had a sobering reminder about the reality of original streaming content.

Gaiman’s point is a valid one as it all comes down to dollars and cents. Netflix is notorious for breaking fans’ hearts when it comes to their original programming. The streaming giant has canceled many a popular show that audiences assumed would return. Despite The Sandman’s massive success, it doesn’t guarantee anything at all.

What further complicates things is Netflix’s highly publicized financial woes. The corporation revealed that 2022’s first quarter numbers were the lowest in Netflix’s history. It prompted executives to sharpen their budget-slashing blades. Several original movies and series that had been in development were taken off the schedule. At one point, The Sandman itself was in doubt.

To echo Gaiman’s comments, The Sandman is an expensive production. The special effects budget alone could be enough for Netflix to inspire debate on renewing the series. If the principal cast demands pay raises, then Dream’s foray into live action could be short lived.