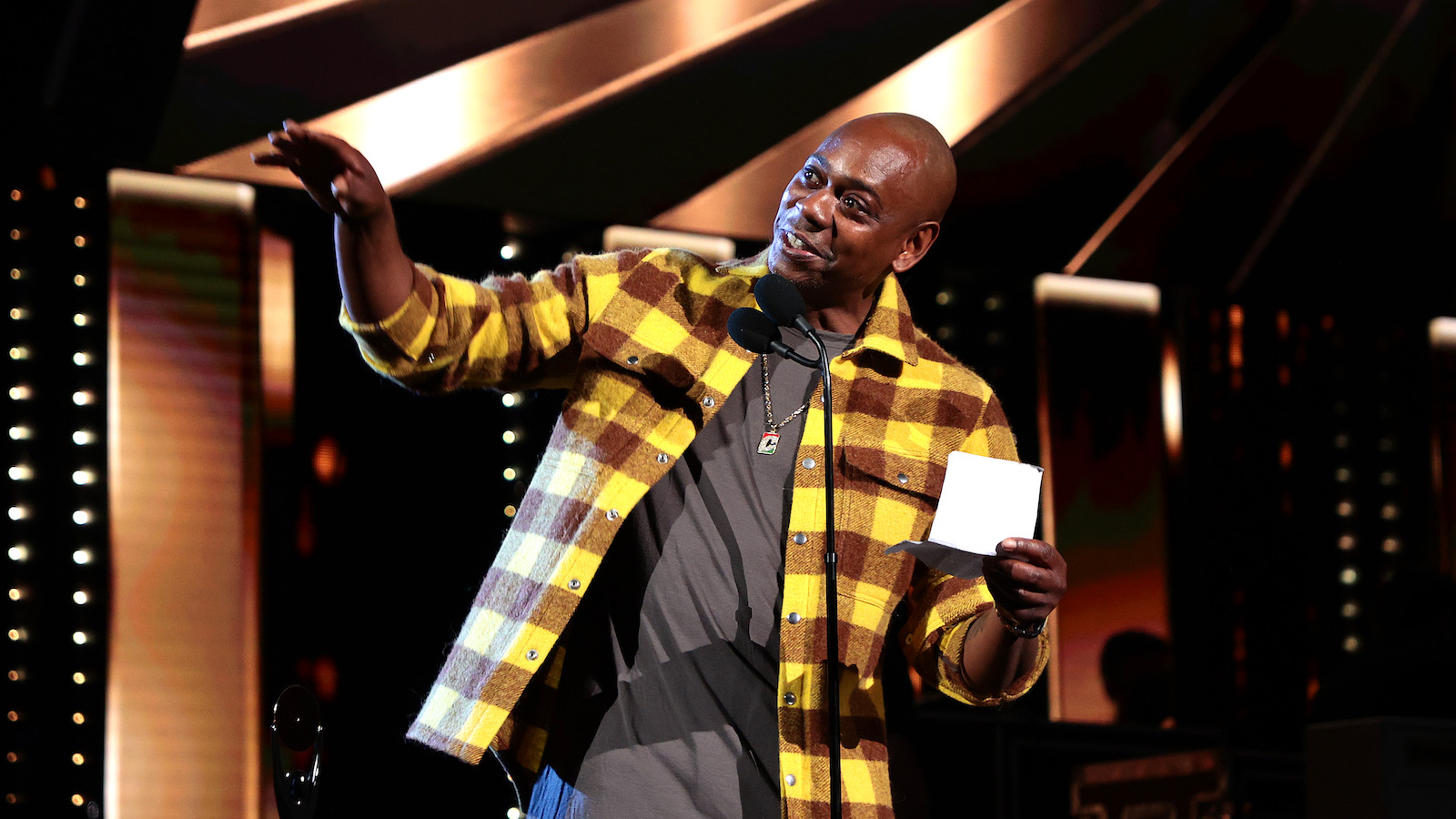 For anyone thinking that comedian Dave Chappelle’s massive Netflix footprint would diminish following his sixth and supposedly final special for the company, The Closer, think again. According to Variety, the company has announced that the oft-acclaimed yet highly controversial star will executive produce a series of four specials titled Chappelle’s Home Team. Chappelle will host each episode which will feature a comedian hand-picked by the star himself.

The first special, Earthquake: Legendary, will feature Earthquake, aka Nathaniel Martin Stroman, a longtime comedian and host of Sirius XM’s Quakeshouse. All episodes of Chappelle’s Home Team will feature veteran comedians, with all four slated to feature having worked in stand-up for at least three decades.

Although none of the comics are household names, much less at the mega-level of success Chapelle has climbed to, all are well known in comedy circles. Speaking to the Hollywood Reporter, Chappelle stated that comedians like Quake and Donnell are not only friends but have inspired my own career,” adding “their time to shine is long overdue. I am proud to be a part of this moment.”

Earthquake himself will serve as a producer in addition to Chapelle. Chappelle’s longtime co-collaborator Stan Lathan will handle directing duties for all four episodes and handle additional production duties with Rikki Hughes and Jermaine Smith.

Chappelle returns to the spotlight at Netflix following The Closer, which contained material many considered highly transphobic and intentionally hurtful to the community. Speaking of Harry Potter author J.K. Rowling, who has posted similarly hurtful statements via her social media channels, Chappelle told the audience to consider him on “Team TERF,” referring to the acronym for “Trans Exclusionary Radical Feminist.” A community that openly derides the trans community online and elsewhere.

Despite trying to back away from the controversy, Netflix CEO Ted Sarandos ultimately stood with the comedian-one of the streaming service’s biggest money-makers- telling the Hollywood Reporter that “my stance hasn’t changed” regarding the comedian’s continued presence and partnership on the service. Sarandos went on to state that The Closer was “consistent with our comedy offering, it’s consistent with Dave Chappelle’s comedy brand and this is … one of those times when there’s something on Netflix that you’re not going to like.”

Sarandos’ statements were met by protest, even within the company itself. Three Netflix employees were suspended for voicing their opinion but were later reinstated.

Earthquake: Legendary will premiere on Netflix on February 28.