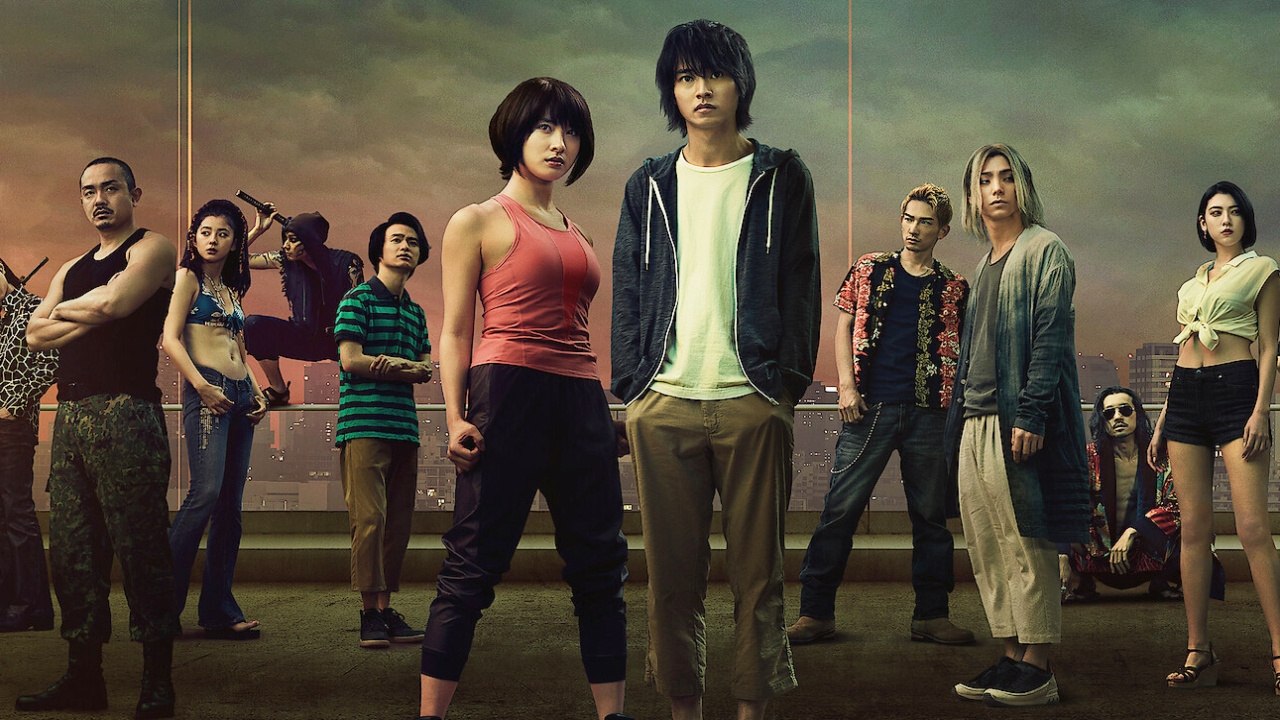 Already, Netflix’s Geeked Week has fired on all cylinders, bringing us all the exclusive content they promised. Among all the exciting trailers and announcements, Netflix has revealed stills from the second season of Alice in Borderland, a thriller-drama based on the manga of the same name by Haro Aso and directed by Shinsuke Sato. Starring Kento Yamazaki (Death Note) and Tao Tsuchiya (We Are Rockets!), the series follows two allies who are forced to compete in lethal games associated with playing cards. As they complete challenges, the survivors are given “visas” which — if they expire — result in the competitor’s immediate execution.

Alice in Borderland premiered on Netflix in December 2020, possibly providing the basis and inspiration for the global phenomenon and rival Korean Netflix series Squid Game. The series can be compared to Battle Royale (2000) and Cube (1997), both of which are based on the concept of deadly free-for-all games. Two weeks after the first season was released, Alice in Borderland was renewed for a second season.

Geeked Week gave us a surprise sneak peek at Alice in Borderland‘s second season, featuring stills of Yamazaki and Tsuchiya as Ryōhei Arisu and Yuzuha Usagi, respectively. Netflix captioned the tweet, “The next stage of the game has begun. ALICE IN BORDERLAND Season 2 is coming soon to Netflix #GeekedWeek.”

The eight-part series also stars Yūki Morinaga, Keita Machida, Ayame Misaki, Nijirō Murakami, Yutaro Watanabe and Sho Aoyagi. In the finale episode, Arisu and Usagi find several videos recorded by Asahi, who had committed suicide during the game and the lead characters find the lair wherein the “gamemasters” oversee the games, but discover that the gamemasters themselves are in fact fellow players. In the final moments, a woman named Mira appears introduces a new set of games with the objective to collect face cards.

Talk about a cliffhanger. Right now, it has been speculated that Alice in Borderland Season 2 will hit Netflix in December 2022.