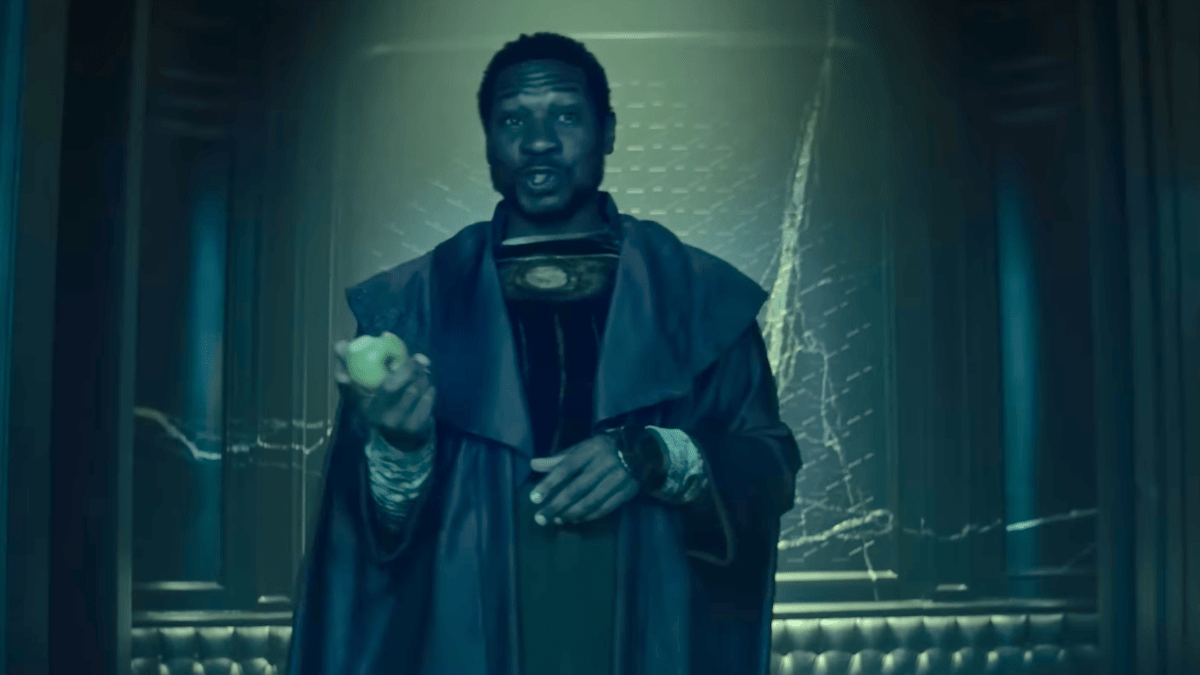 A lot of fans are increasingly hedging their bets that Kang the Conqueror will ultimately be revealed as the brains behind the Time Variance Authority when the Loki finale airs this coming Wednesday, and on paper it makes a great deal of sense looking at the myriad of connections established across the first five episodes.

Jonathan Majors has been cast as the time traveling warlord in Ant-Man and the Wasp: Quantumania, which is now shooting, and in the comic books Kang has a long history with Ravonna Renslayer. Factor in the line of inquiry that believes the TVA is operating out of the Quantum Realm, and things are certainly looking as though they’re falling into place.

Episode 5 offered yet another Easter Egg in an installment positively overflowing with them, by showing a decimated Avengers Tower having been rebranded as Qeng Enterprises, which was pulled from a comic run where Tony Stark mistakenly sold the building to a man named Mr. Gryphon, who turned out to be Kang all along.

A new theory claims that it’s all going to tie back to Spider-Man: Homecoming, where it was confirmed that Avengers Tower was under new ownership, which would establish Kang as having been present in the MCU’s modern timeline since the Infinity Saga, meaning that it may have been a deliberate slow-burning choice on Kevin Feige to hold off on revealing who actually acquired the property, with Norman Osborn and the Fantastic Four having previously been rumored.

Given Kang the Conqueror‘s well-known penchant for time travel, it wouldn’t be the craziest thing in the world to discover he’s been hovering around the Sacred Timeline waiting for the ideal moment to strike, but we’ll be finding out for sure in just a couple of days when Loki draws to a close.