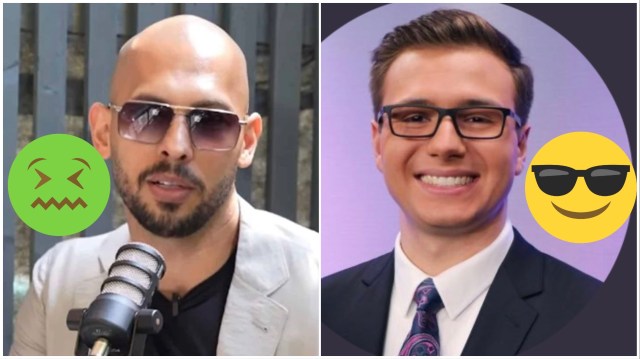 The internet is always a strange and surprising place, but when a weatherman from Tyler, Texas, posted a Tweet warning residents about burn bans, storms, and other weather happenings in the area — he was in for quite a shock and a lot of hate.

Why were people suddenly sending KLTV’s Andrew Tate so much disdain? Well, because of his name. Tate has the misfortune of sharing his first and last name with one of the most loathed men on the internet, who constantly spews hate rhetoric online.

Weatherman Tate now has a pinned Tweet with one of the newest, most popular memes sharing with the masses that he is, in fact, NOT the toxic ex-boxer from TikTok.

Matt Bernstein pointed out that it’s a really confusing time for the local weatherman.

Unfortunately, the comments are going back on several of Tate’s Tweets, like this one where the weatherman was just trying to share a lovely sunset.

Twitter users are standing up for weatherman Tate and sharing that he’s an “unfortunate weather reporter.” We’re sure the unfortunate aspect of that is the name, not how he reports the weather.

In fact, someone who works with Tate assures the masses that he’s actually a nice guy!

People are beginning to sing weatherman Tate’s praises for being a great Andrew Tate.

While the idea behind letting Andrew Tate know that people won’t tolerate his hate rhetoric is noble, we hope people will think twice before sending the nicest weather guy ever more Twitter vitriol. He’s just trying to let people know when to take shelter in a storm or to go appreciate the night sky.