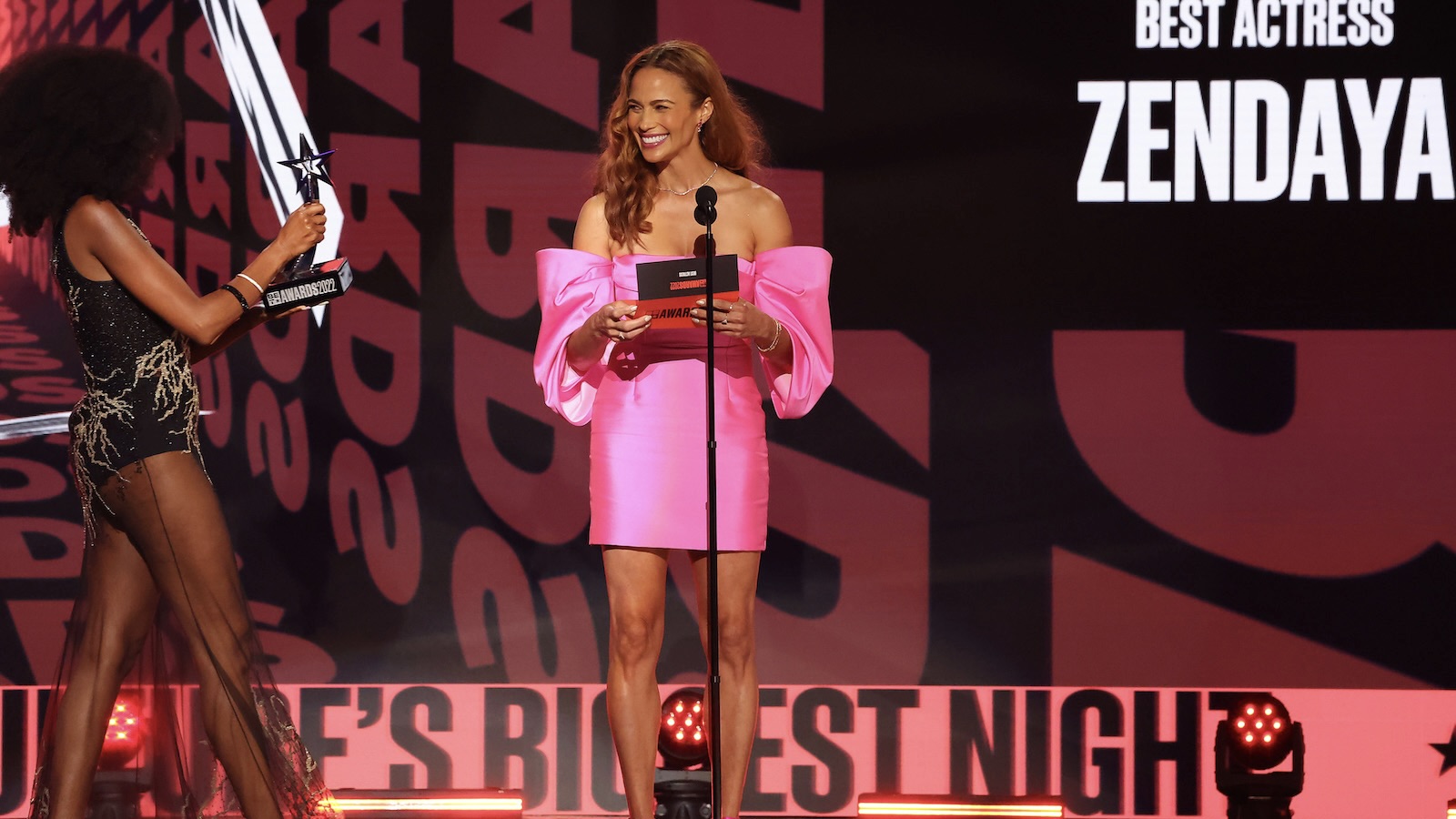 Zendaya fans are celebrating the star’s latest honor after she won the 2022 BET Best Actress Award last night for her much-lauded portrayal of troubled teen addict Rue in HBO’s high school drama Euphoria and MJ in Spider-Man: No Way Home. But award presenter Paula Patton is facing the unbridled heat of social media after getting the actor’s name wrong.

Granted, Patton’s gaffe may have been understandable a few years ago when Zendaya was making her way up to the A-list. Many outlets mispronounced her name — correctly pronounced zen-DAY-a — as Patton did, mistakenly pronouncing the Spider-Man actor’s name as zen-DIE-a. But that was before Zendaya achieved the “It Girl” status she’s held over the last year, following her lead roles in the Tom Holland MCU Spider-Man trilogy, science fiction epic Dune, and, of course, the role for which she was being honored, Rue.

Zendaya’s preferred pronunciation has been well established at this point, and many fans on social media are wondering if Patton has been living under a media-free rock — especially given the fact that fellow presenter MC Lyte had already pronounced the actor’s name correctly earlier in the ceremony.

Many users are also recalling Patton’s last public faux pas, an Instagram post in April that featured the Mission: Impossible actress making her “mom’s favorite fried chicken,” which inspired a furious debate on how to properly clean and season chicken.

In Patton’s defense, after this round of internet skewering, it’s unlikely that she, or any other presenter, will be mispronouncing Zendaya’s name again in the future.