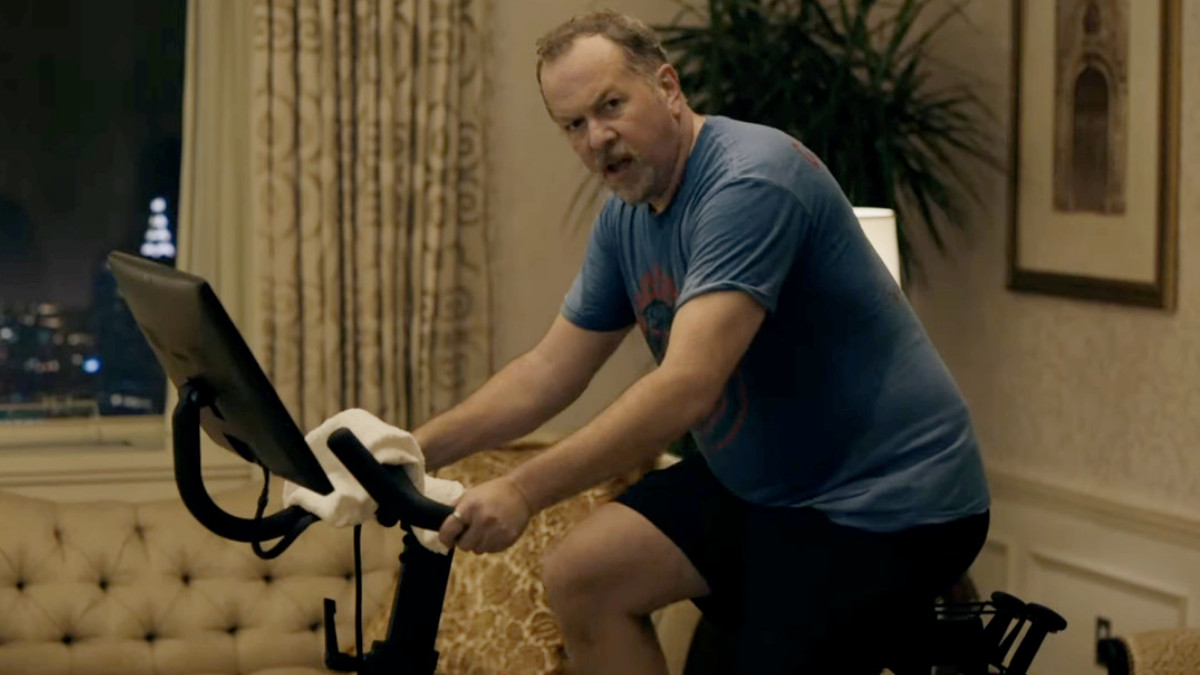 The hits keep coming for Peloton, after the sixth season premiere of Showtime’s Billions on Sunday night saw yet another television character suffer a heart attack after using one of the company’s exercise bikes.

Just last month, the Sex and the City reboot And Just Like That unceremoniously killed off Mr. Big (Chris Noth), who died from a heart attack after riding on one of the stationary bikes — which quickly caused the company’s stock to plummet. Peloton responded by featuring Noth in a commercial with Ryan Reynolds, which also soon went south when sexual assault allegations against Noth surfaced shortly after.

In the Billions episode, the character of Mike “Wags” Wagner (David Costabile) likewise suffers a minor heart attack after working out on a Peloton bike. Though the character lived, the timing is especially unfortunate, considering the episode aired just days after the exercise equipment company announced that it was halting the production of bikes and treadmills in response to waning demand.

Before the episode aired, Peleton attempted to get ahead of the impending controversy by stating that it did not give Showtime permission to use its brand on the series, nor did it provide equipment.

“We get TV shows want to include Peloton to get people talking, but to be clear, we did not agree for our brand or IP to be used on [Showtime’s Billions] or provide any equipment,” the company tweeted Sunday afternoon. “As the show itself points out, cardio-vascular exercise helps people lead long, happy lives.”

Interestingly enough, the similarity of the two plotlines was a complete coincidence. Still, the show’s creators found a tongue-in-cheek way to acknowledge that the HBO series had beaten them to it.

“That was all in the show, written a year ago and shot in April,” said Billions producer and co-creator Brian Koppelman in an interview with USA Today ahead of the premiere.

But after “And Just Like That…” aired, “our phones blew up from everyone on the show texting each other,” says Koppelman. “So all we did different was add one line.”

The often-meta drama “Billions” rolled the cameras to show a triumphant Wags returning to applause from his relieved office workers and announcing, “I’m not going out like Mr. Big.”

“It would be completely out of our character not to take a swing,” executive producer Beth Schacter says. “It’s too good. We’re going to make the joke.”

Peloton likewise issued a similar statement in the wake of the And Just Like That premiere, suggesting that the company had been blindsided by the product placement.

“HBO procured the Peloton Bike on their own,” Peloton spokesperson Denise Kelly told BuzzFeed News at the time. “Peloton was aware that a Bike would be used in the episode and that Jess King would be portraying a fictional Peloton instructor. Due to confidentiality reasons, HBO did not disclose the larger context surrounding the scene to Peloton in advance.”

The popular line of exercise bikes peaked during the COVID-19 pandemic lockdown in 2020, but sales have been struggling ever since as vaccines have become readily available and gyms have reopened across the country. And unfortunately for Peleton, this latest fictional heart attack is only exacerbating the company’s woes.