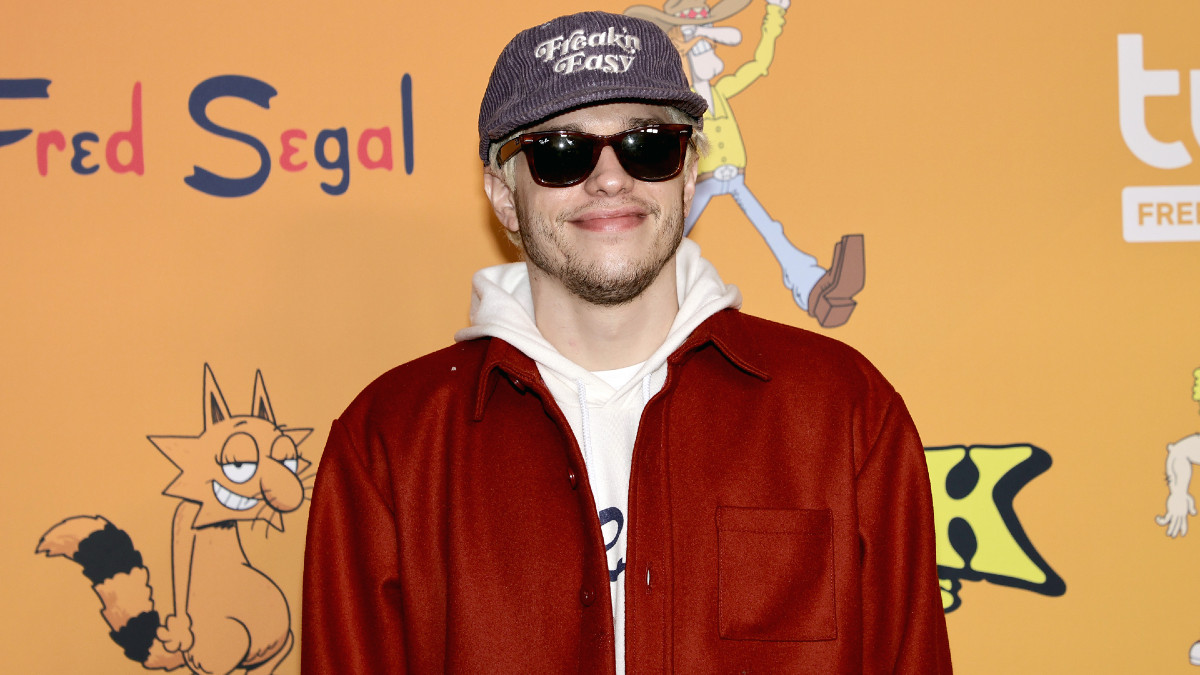 Pete Davidson has been linked to Kim Kardashian since at least November, but despite trips to the Bahamas and cuddly Staten Island dates, the exact nature of their relationship seemed unclear. After all, it stands to reason that Kardashian was just looking for a fun, breezy fling to rebound from what had to have been an extremely intense seven-year marriage to Kanye West.

However, this week, the 28-year-old comedian confirmed that Kardashian is indeed his boo.

During a conversation with PEOPLE (The TV Show!), Davidson was asked about what it’s like living in the spotlight — without going so far as to bring up his famous rumored girlfriend. “You’re so famous, is it as fun as people think it is?” asked host Kay Adams.

“Well, I don’t really have Instagram — I don’t have Instagram or Twitter or any of that stuff. So, most of my daily life is getting into cars and showing up to a set,” said Davidson. “Or, if I’m off, I just either hang with my friends or chill with my girlfriend inside.”

“My life is zero-affected at all. I mean like, once in a while, someone will scream something at you, or it might be hard to get like, Dunkin’ Donuts,” he added. “But other than that, it’s pretty fine. It’s not awful. Like, it could be way worse.”