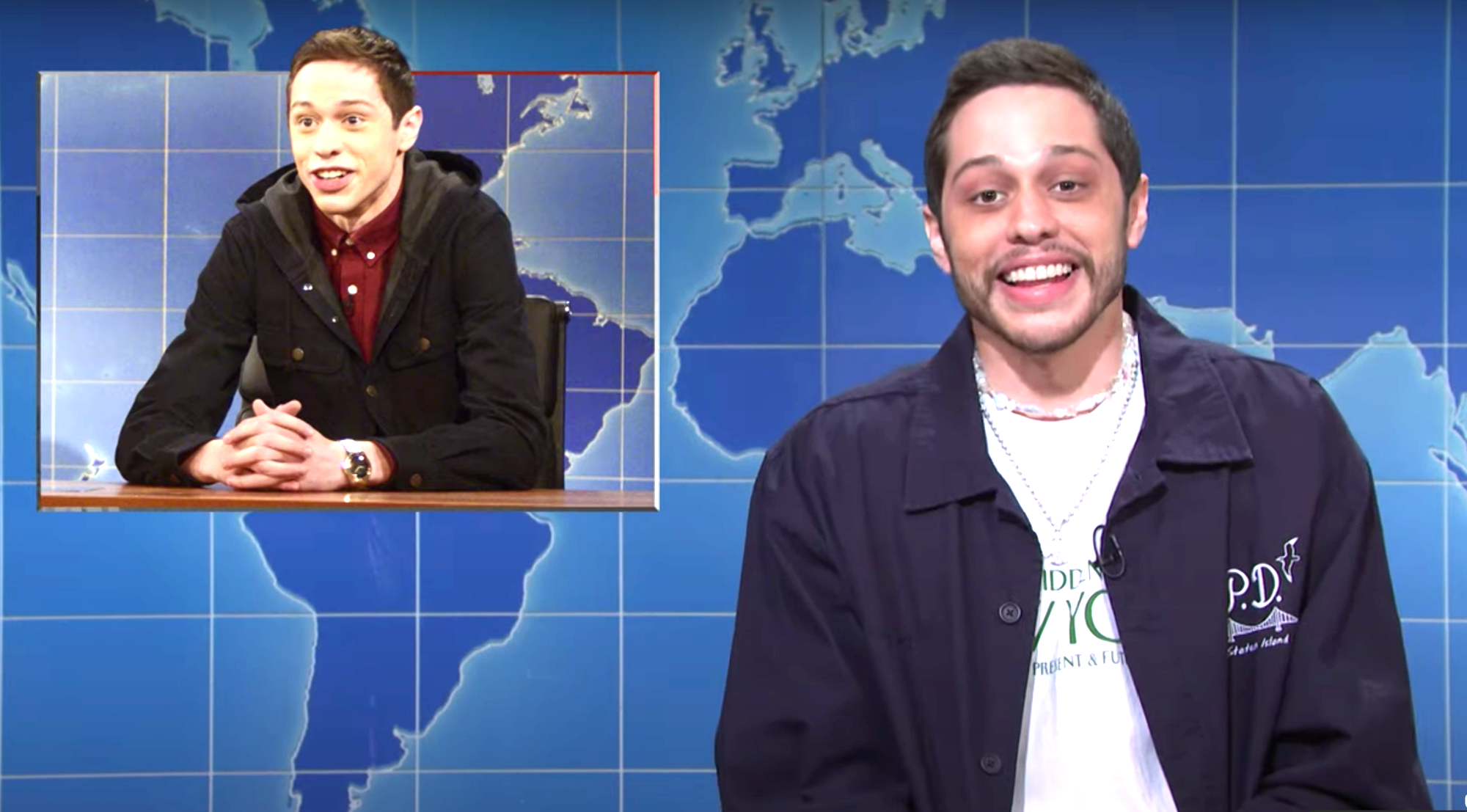 Pete Davidson penned an emotional farewell message to Saturday Night Live and its cast, crew, and fans, which was posted on Instagram by friend/comedian Dave Sirus.

After first honoring SNL‘s audience for sticking with him “through the good and the bad, the happiest and the darkest of times,” he paid tribute to the production staff for saving his life.

I owe Lorne Michaels and everyone at SNL my life. Im [sic] so grateful and I wouldn’t be here without them. I appreciate you guys always having my back and sticking up for me even when that wasn’t the popular opinion.

Accompanying the message is a video of a hug between Davidson and friend/fellow comedian Jerrod Carmichael, which happened after Davidson did his first sketch and Weekend Update appearance. Eight seasons of sketches and Update spots later, Davidson exits SNL alongside three other staples: Kate McKinnon, Aidy Bryant, and Kyle Mooney.

But don’t grieve too much for Pete. He has many more projects on the horizon. Check him out in the A24 horror flick Bodies Bodies Bodies, which is set to drop on August 5.